This CUV is just the beginning of Audi's electrified ambitions.

Audi will take a big jump into the EV scene in 2018 when the German company will put the E-Tron Quattro electric crossover on sale. A new batch of spy photos show off the test mule for hotly anticipated new plug-in offering.

Audi continues to test the E-Tron Quattro under heavy camouflage, but this one has a few tweaks in comparison to the example in the previous set of spy photos. On the upper section on the driver’s side of the grille, there’s a black sphere. This piece is very likely for a driver assistance system. It could be a panoramic front camera or some other type of sensor. There’s also a rectangular panel sticking out from the upper center of the grille, and this would also be for a safety assist. A tiny box at the bottom of the fascia could be another device for supporting high-tech systems. 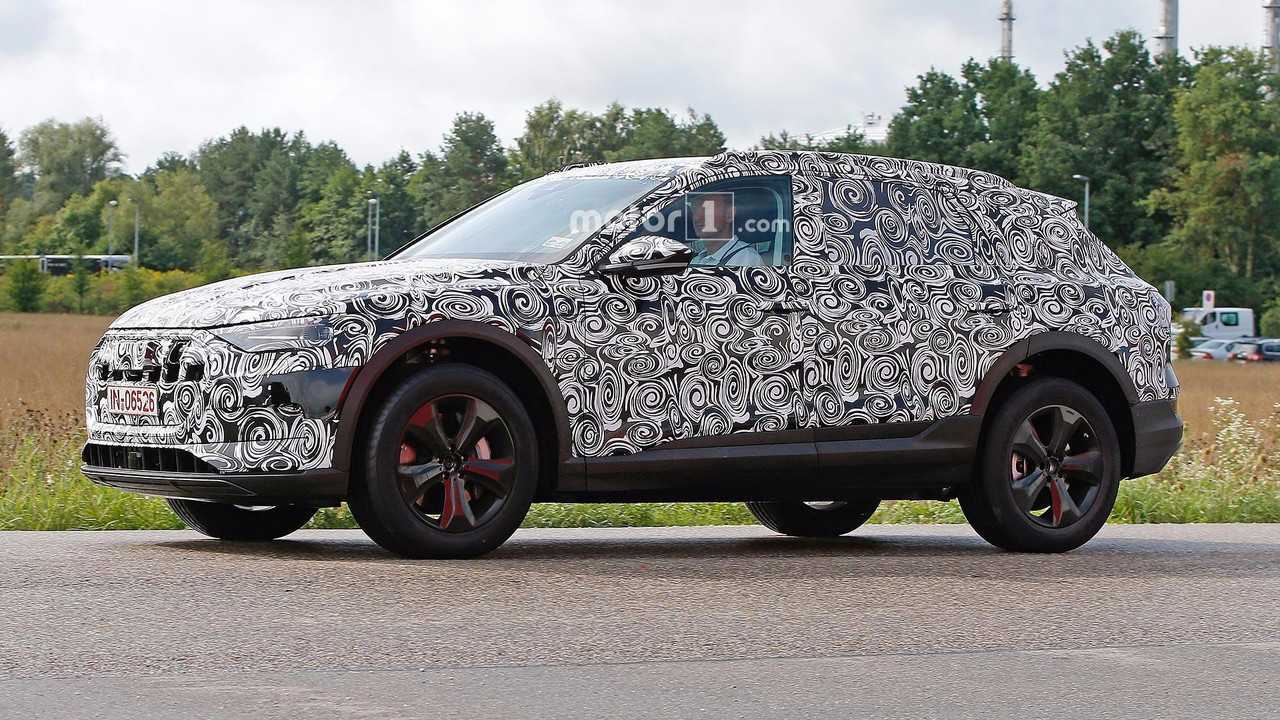 The production E-Tron Quattro uses a 95-kilowatt-hour battery from LG Chem and Samsung SDI. The company estimates that it should give the crossover a range of around 311 miles (500 kilometers). At least in concept form, three electric motors – two at the rear and one in the front – make 435 horsepower (320 kilowatts), and a temporary boost takes the output to 503 hp (370 kW). The all-wheel-drive setup could get the EV to 62 miles per hour (100 kilometers per hour) in around 4.6 seconds. 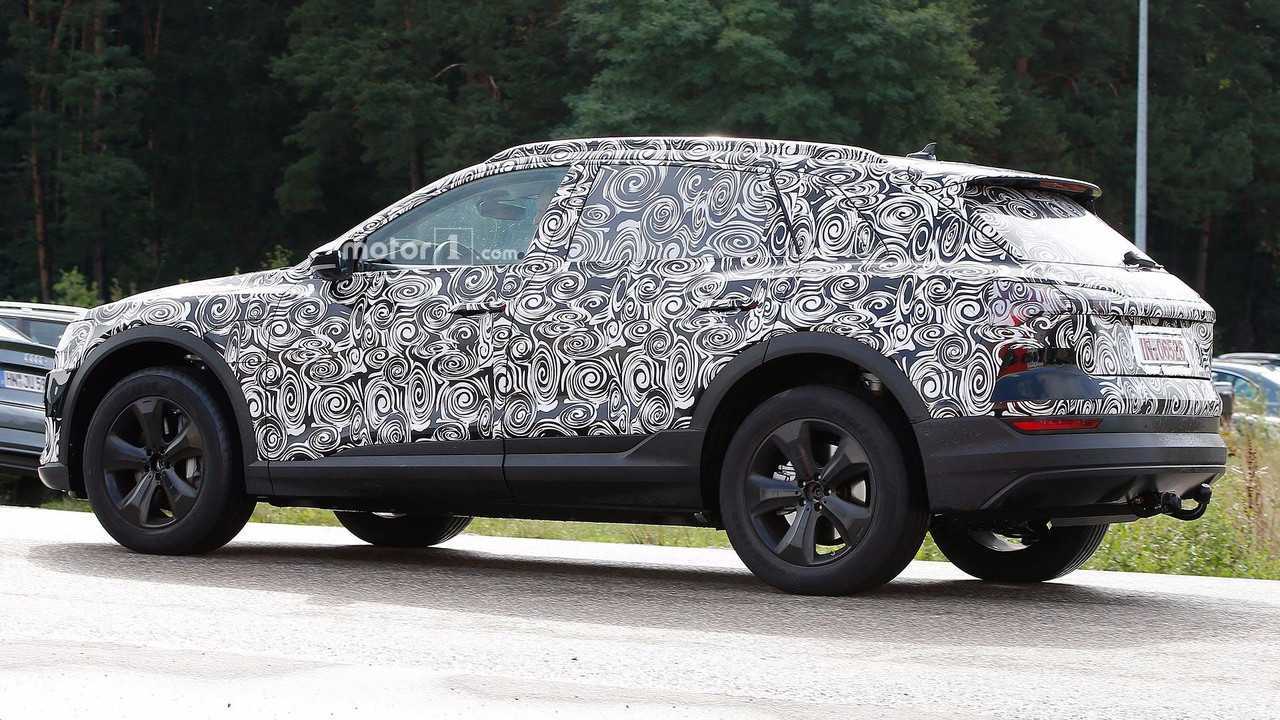 Audi’s factory in Brussels, Belgium, will start building the E-Tron Quattro in 2018. The more stylish E-Tron Sportback (gallery above) with a sharper rake at the rear will join the lineup about a year later. The Four Rings will also develop a dedicated EV sedan and city car. All this work will be part of the automaker’s goal to make 30 percent of its volume to be fully or partially electrified by 2025.