Henrik Fisker Discusses EMotion, Automaker's Future In Rare Interview - We Tie This Into Fisker's Past 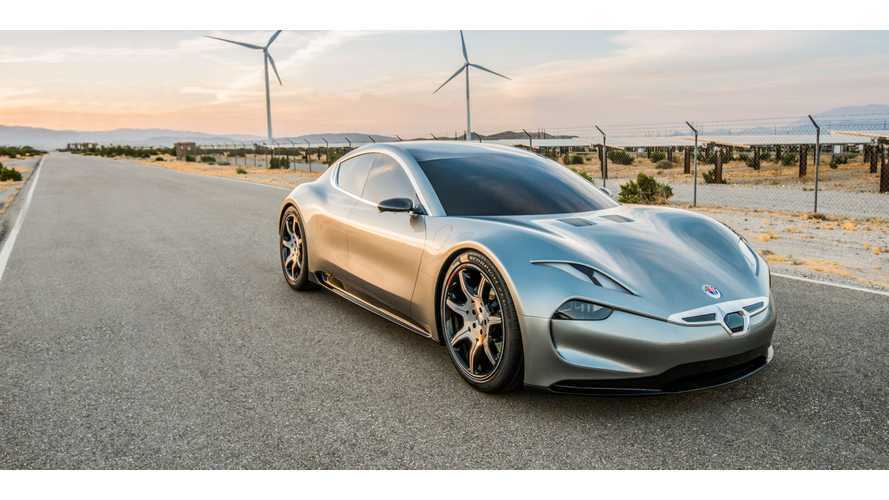 Has Henrik learned from past mistakes or is the EMotion a Karma chameleon?

With the officially, official debut of the Fisker EMotion coming this 17th of August, designer and serial automotive entrepreneur Henrik Fisker has spoken with Automotive News about his latest venture, and how he has learned from past mistakes. The resulting article mentions many of the details previously made public about the $129,000 all-electric sedan (the awesome exterior of which we've already seen from every conceivable angle), but puts this latest chapter into context using the Fisker Karma (recently reborn as the Karma Revero), as a backdrop.

The Karma, a plug-in hybrid (PHEV),  suffered slings and arrows from start to finish. Although, its styling was widely praised, many commentators compared the fascia with the Batman villain Joker's twisted, sinister smile. The placement of the exhaust tips, just behind the front wheel, also came in for criticism. It was its penchant for catching fire and subsequent recall, though, that really caused the most consternation. Ok, well, losing 338 examples to flooding and fire in the wake of superstorm Sandy was also quite a facepalm moment. There's hardly even the need to bring up the bankruptcy of its battery supplier A123, except for the fact that this is one of those aforementioned past mistakes that Mr. Fisker has seemingly learned from.

For today's Fisker Inc, the game plan for the future is remarkably similar to its original one, though with some modifications to make it more achievable. Like Tesla and any number of other automotive startups, it intends to first build its high end halo car, and eventually follow it up with a more affordable vehicle that would be produced in larger numbers. Unlike others, though, its not planning an extravagant new manufacturing facility in the desert somewhere, only to have it collapse under the weight of its own hubris. Nope. Instead, Fisker hopes to contract out the higher-volume vehicle in partnership with an existing outfit, while constructing the EMotion on its own premises. Golf clap.

With its battery supplier now named as LG Chem, another potential show stopper has also been thwarted. Originally, it was announced that energy storage would come by way of a joint venture  (Fisker Nanotech) with a little-known startup (Nanotech Energy Inc) that was touting graphene-based supercapacitor technology. Not surprisingly, this set off warning sirens. Very loud ones. While it would be unfathomably fantastic if this Laser Scribed Graphene (LSG) supercapacitor energy storage, as it is referred to on the Nanotech Energy website, is a totally viable technology ready to be implemented into consumer products — what's not to like about a high-energy density "battery" that can be flash charged and suffer no degradation from power cycles or time — we live in a skeptical world where extraordinary claims require extraordinary evidence , and we certainly haven't seen enough of that to hang an entire car company on.

In fact, we've been offered zero proof so far, so it comes as a great relief  to hear that LG Chem is now involved, even if the Fisker claims of a 400-plus mile range and the ability to add  130 miles of range in nine minutes still raises our eyebrows. Not that this distance is implausible, just that it would require a pack in the 140-150kWh neighborhood to achieve, which would be extremely heavy and expensive. Nor is charging at an estimated 200 kW out of the question, save that there isn't yet a charging network that can attain that rate.  In any case, while Fisker and Nanotech Energy have distanced themselves from each other, and the would-be automaker is still working in-house on a "flexible solid state" battery solution for the longer term.

So, has Henrik Fisker truly learned from his earlier experience, or is this new project a sort of Karma chameleon — a horse of another color? It's hard to definitively say. It depends on whether he can first find the funding, and then deliver on a long list on promises: a seductive long-range, fast-charging sports sedan with a 161 mile-per-hour top speed equipped with LIDAR to support full autonomy. We'd be very happy if he achieves much of that, but we're not quite ready to put down the $2,000 required to reserve a copy. Certainly, though, the prototype is quite stunning and we wish him luck.