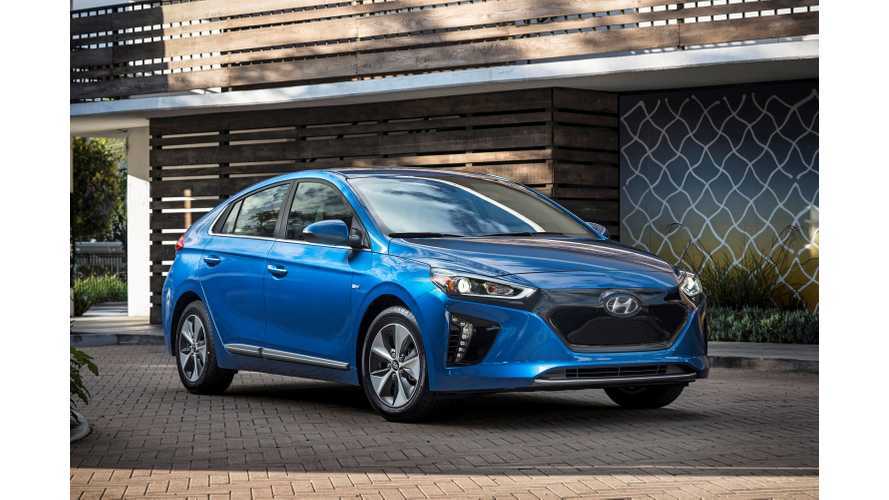 Hyundai-Kia don't intend to take a back seat when it comes to electric vehicle production.

According to a report in Business Korea, the twinned South Korean brands of Hyundai and Kia intend on becoming the "second-largest eco-friendly car in the world by 2020." Production of all-electric vehicles will, of course, play an integral part in reaching this goal, and the company expects to double its output next year with the introduction of battery-powered versions of the 2018 Hyundai Kona and Kia Niro.

With forecasted production of 25,000, (13,000 units of the Kona EV, 12,000 of the Niro) the plan is to hit 50,000 with the inclusion of the Kia Soul EV and Hyundai Ioniq Electric. Currently, those latter two models are on track to hit 20,000 this year, boosted by strong demand and increased production for the Ioniq Electric. Unmentioned in the report is the Kia Stonic — sister to the Hyundai Kona — but we imagine the quoted figure includes both.

The automaker also produces a micro van, the (somewhat pokey) Kia Ray EV, though it is only available through special order at this point (and only in some countries), and won't really impact future figures.

In addressing its ambitions, an official from the Hyundai-Kia Automotive Group said (and no, the number doesn't make sense to us either):

"We ranked third in sales of electric vehicles among automakers by selling more than 2 million units last year. If we launch a new electric vehicle, we will be able to take second place.”