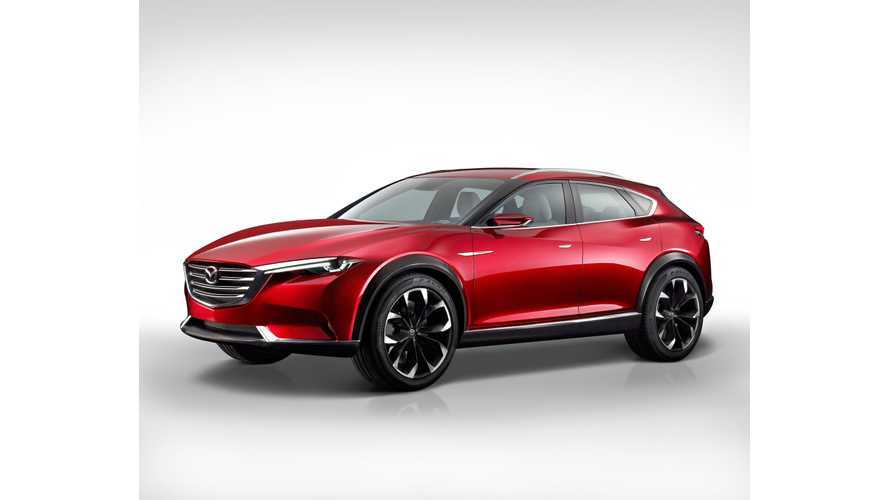 Step by step we are discovering the electrification approach of Mazda (the slowest OEM to adopt plug-in technology), as the company has announced its new Skyactiv-X engines and a partnership with Toyota on electric vehicles.

For 2019, the Japanese company is expected of offer:

Of course, we don't believe that at all, as just a 30% efficiency gain promised, while BEVs are much more than 30% efficient over today's petrol cars....without even seeing how Mazda arrived at this number, we know fuzzy-math when we see it.

Curiously, Mazda plans on introducing a plug-in hybrid version of Skyactiv-X powertrain in 2021 - which is of course makes no sense if electrification doesn't lower emissions.  Catch-22 there Mazda?

"Mazda pledged that its next generation of petrol-engine vehicles will be cleaner than electric cars due to the use of efficiency-boosting compression ignition technology - and it'll boost that promise in 2021, when a plug-in hybrid (PHEV) drivetrain will join the range."

"Mazda said they'll produce lower carbon dioxide emissions than electric powertrains from a 'well-to-wheel' perspective - which accounts for the whole life cycle of a vehicle and the fuel needed to power it."