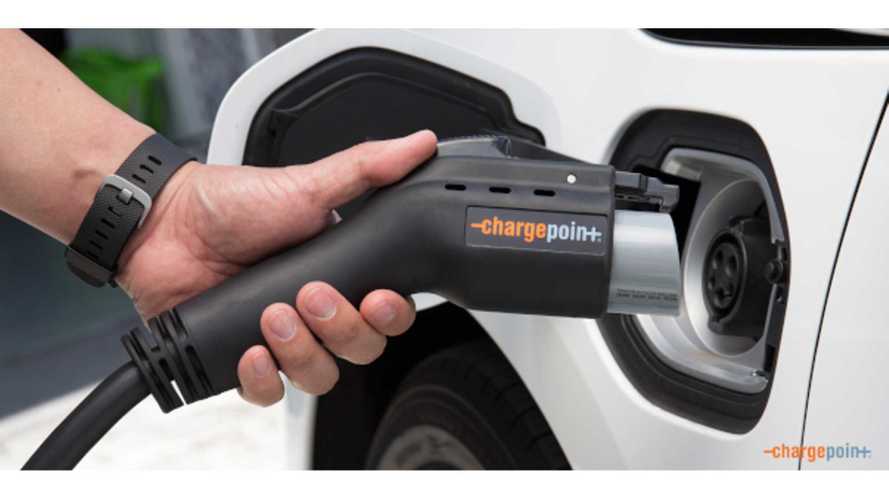 ChargePoint CEO Pasquale Romano shared his thoughts this Summer on why the gas station business model doesn't fit with the future of electric cars.

The EV charging infrastructure of today is far from perfect, but the electrification of gas stations, or following their model for plug-in vehicles is not the solution.

Stats: ChargePoint doubled number of charging points connected into the network over the past 30 months, to nearly 40,000. Since inception, ChargePoint dispenced more than 212 GWh of energy over 27,456,059 charges, which is less than 8 kWh per single charge.

For the most part, electric vehicles will replenish their energy 80-95% at its point of origin (such as a residential home) or at a work using 3-10 kW AC charging stations. The destination (home and work) itself is the main reason why we park there, while charging the car is the secondary task for a parking spot.

In case of fuel station, refueling is the main purpose of the trip, and thus you are there for only a couple of minutes, but spending a lot more than in the case of charging.

The combination of charging time, price of electricity/fuel and ability to recharge at home/work makes the gas stations business model mismatched.  Via the WSJ:

"The 51-year-old Mr. Romano says copying the gas-station model is a mistake. “That’s just an artifact of the fuel choice that we’ve used for the last 100 years,” he says. As electric vehicles become capable of going further on a single charge, drivers increasingly will be able to simply plug in at home or work, minimizing the need for roadside depots that sell everything from lottery tickets to diesel."

An interesting added note was thoughts on wireless charging, of which the ChargePoint CEO sees it as usable for autonomous driving and home charging, especially when there are some other constraints in play - such as tight spaces.