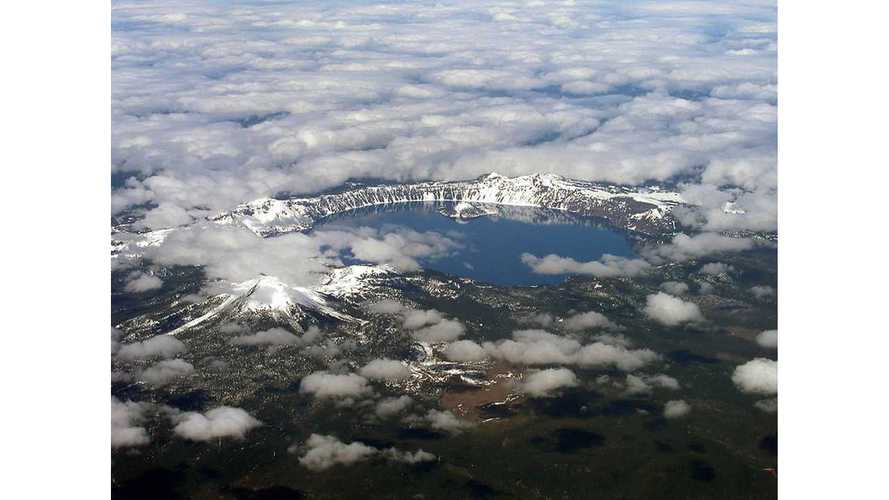 Fast growing demand for lithium resources has redirected the attention of some scientists to search for new ways of sourcing the element...that is, other than extracting brines in Chile or mining in Australia.

Long Valley Caldera in California was formed 760,000 years ago when a colossal volcanic eruption released very hot ash that later cooled to form the Bishop tuff that is common to the area (source: Wiki)

Recently, Stanford researchers discovered that lithium can be found in supervolcanos, and have published new details on a method for locating lithium in supervolcanic lake deposits in Nature Communications.

"The findings represent an important step toward diversifying the supply of this valuable silvery-white metal, since lithium is an energy-critical strategic resource, said study co-author Gail Mahood, a professor of geological sciences at Stanford’s School of Earth, Energy & Environmental Sciences."

Whether the calderas, called the ideal depositional basin for lithium, will become a new lithium source on a mass-scale, is of course still an open question.