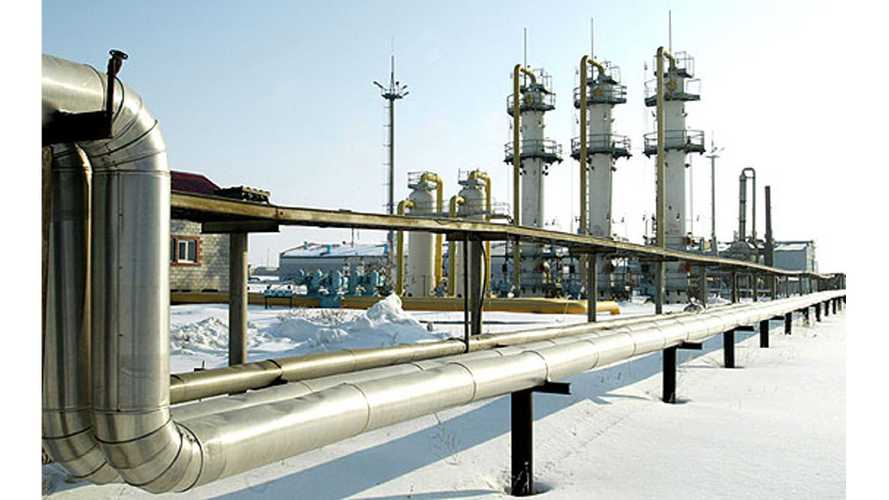 Natural gas as a vehicle fuel was one of the first seemingly foolproof and viable ideas to rid U.S. dependency on oil in place of the plentiful, renewable, and cleaner resource.

Natural gas gained attention and appeal, especially in 2008, when oil prices jumped to record highs. Ideas of utilizing it for all government and heavy-duty trucks were proposed to the Obama administration and it looked as though there was forward movement. Many automakers began making a handful of natural gas models, but interest faded quickly. This is not much different than what we are seeing today surrounding hydrogen fuel cell vehicles (FCVs).

The Tesla Model S And X

So, what happened? Why not jump to this fuel source and get the infrastructure in place? If it's cleaner, cheaper, and readily available, one would think that it would be a go.

There are many answers to these questions as there are regarding FCVs. Some are obvious, while some require a much more long-winded explanation. In the end, however, aside from the fact that oil prices plummeted, Tesla and the electric car revolution is the primary reason.

According to Bloomberg, Tesla's ~455,000 Model 3 reservations is over 20 times the number of natural gas vehicles that were on U.S. roads in 2015. Not to mention all of the cars Tesla has already sold in the U.S. and every other competing EV out there - which numbers just under 600,000 through August of 2017 (see full list of all sales made in the Us by month and model here).

If anyone were to assume that EVs may suffer the same fate as natural gas, we are clearly already way ahead of the curve. Now, as for FCVs, there are many marked parallels to that of natural gas vehicles.

Clean Energy Fuels CEO, Andrew Littlefair, told Bloomberg he's not sure America is prepared for the widespread adoption of passenger natural gas vehicles. The infrastructure just isn't there and no one is willing to make it happen. However, he did add:

“There are a lot of reasons it would make sense to look at that again, but I don’t know that I’m ready to say that’s going to happen."

Tesla is forever expanding its proprietary Supercharger network, along with continually adding destination chargers.  The company has actually gone so far as to say there may be future potential for sharing it with other automakers. This is not unlike Tesla open-sourcing its patents. The Silicon Valley automaker is ready and willing to do whatever it takes to assure the widespread adoption of pure-electric vehicles, which also means the infrastructure to go with it.  For the other OEMs, they rely on a hodgepodge of individual and charging network providers, but under a couple common DC fast charging standards (CCS & CHAdeMO).

Today, natural gas costs about the same as the diesel-gallon-equivalent. However, beyond having almost no infrastructure, the vehicles themselves cost astronomically more. Electric vehicles admittedly cost more than their ICE counterparts, but not very much more, and when factoring in savings at the pump and almost zero maintenance, the gap is closing. Bloomberg New Energy Finance analyst, Salim Morsy, shared:

“Gasoline and diesel are undoubtedly the cheapest in total cost of ownership, but as technology improves and batteries get cheaper,”  the number of electric cars will at least double.

Since 2008, the number of EVs in the U.S. has exploded, and Tesla is now manufacturing its third model since 2012 (the Tesla Model 3) and just about every other major automaker has some sort of plug-in offering, and is working on all-electric models for the near future.

Natural gas will likely never catch on, especially as a passenger car fuel. The success of FCVs is still to be seen, but companies have slowed interest, infrastructure is just about non-existent, the vehicles or expensive, and EVs are simply significantly more practical and efficient. Once battery costs drop just a bit more, which is inevitable, the electric car will have significantly cheaper overall lifetime ownership costs than any other vehicle choice. Once we see a larger decrease in battery costs -- with which comes longer range -- EVs may be cheaper than gas cars at the point of purchase.