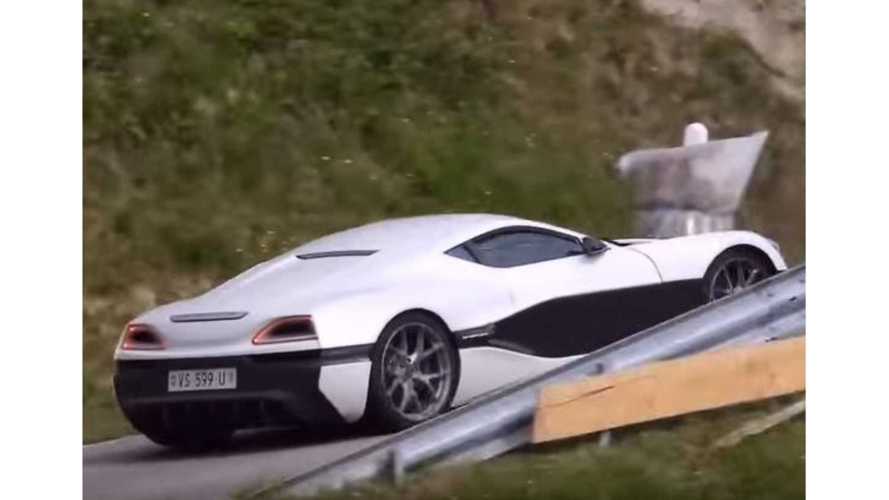 Most likely, they were filming some kind of electric, hybrid, and ICE supercars comparison.

Almost two weeks ago, former Top Gear host Richard Hammond suffered a very serious crash behind the steering wheel of the Rimac Concept One all-electric supercar (details/video here). Thankfully, he escaped the accident with just a broken knee, moments before the Croation vehicle burst into flames.

Apparently, Hammond was in Switzerland with his colleagues Jeremy Clarkson and James May to film some kind of comparison test between three supercars with different kind of powertrain. Hammond was driving the electric Concept One, Clarkson was behind the wheel of a Lamborghini Aventador S, and May received the keys for a Honda NSX.

New behind-the-scenes video reveals the trio took several runs around the Hemberg Bergrennen hillclimb circuit in the Swiss Alps. Also, the video uploaded on the The Grand Tour Fans YouTube channel shows footage from the place of Hammond’s crash, once again showing clearly how lucky he was to suffer only a broken leg.

In an recent interview to Britain’s Express, Hammond’s wife said she “almost went to pieces” when her husband and May called her to let her know about the crash. A couple of days after the accident, it became clear that it will delay work on the second season of the Grand Tour.

It’s still not clear whether the postponement would change the streaming show's premiere date in October, but some of the new episodes won’t feature Hammond. Clarkson is currently working to rewrite the show’s scripts to make up for Hammond not being able to drive, but the Hamster should be already back in the Grand Tour office.

If you’ve been on another planet for the last 10 days, we’ll just briefly remind you that Hammond crashed the 1,000-horsepower Concept One on June 10, after losing control of the supercar shortly after the finish line.