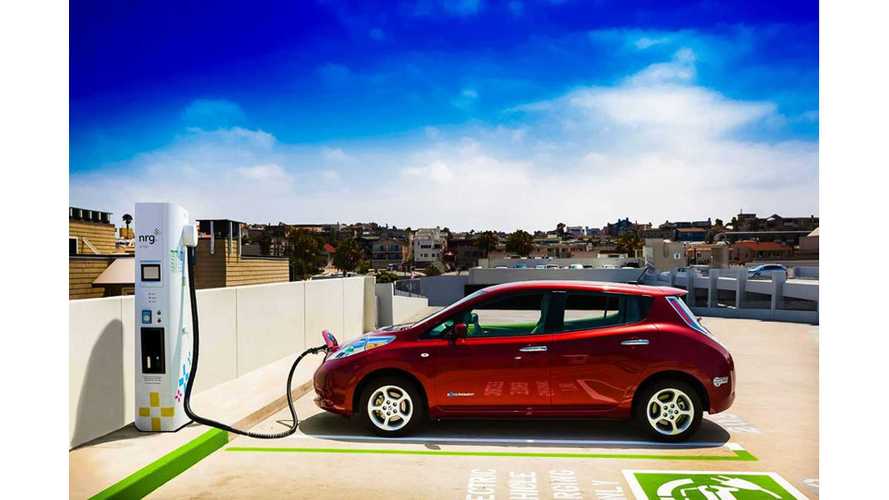 According to Nissan, EV charging stations will exceed gas stations in the United Kingdom by the end of the decade.

As we recently reported, more locations in Europe are beginning to mark their calendars for a future zero-emissions date. Expanding electric vehicle charging infrastructure is paramount in these efforts. Doing away with ICE vehicles can't come to fruition if people don't have enough places to charge their vehicles.

Nissan based its analysis on current growth trends to come up with this estimate. The mammoth automaker is calling August 2020 the date at which EV chargers will overtake gas stations in the UK. Charging infrastructure development could prove to be one of the most influential steps toward mass EV adoption. EV manager at Nissan Motor (GB) Ltd., Edward Jones, told Business Green:

picks up a fast charge in the UK

“As electric vehicle sales take off, the charging infrastructure is keeping pace and paving the way for convenient all-electric driving. Combine that with constant improvements in our battery performance and we believe the tipping point for mass EV uptake is upon us. As with similar breakthrough technologies, the adoption of electric vehicles should follow an ‘S-curve’ of demand. A gradual uptake from early adopters accelerates to a groundswell of consumers buying electric vehicles just as they would any other powertrain.”

EVs still only account for a very small percentage of the total automotive market share, but growth is expanding rapidly.  Figures show that over 115 electric cars were registered per day in the first quarter of 2016. This number has since grown significantly, and many analysts predict that it will continue to accelerate at a much quicker rate as time moves forward. Developers are moving fast and getting ahead of the curve for the surge that is to come.

Decreasing battery costs, longer range vehicles, additional incentives, lower operational costs, and the prospects of very little maintenance are becoming more present to consumers and making EVs viable and attainable. According to Bloomberg New Energy Finance, overall costs associated with owning an EV will be cheaper than that of an ICE vehicle by 2022.

The Nissan report revealed a total of 8,472 gas stations in the UK at the end of 2016, compared to 37,539 in 1970. With this rate of decline, Nissan forecasts less than 7,870 remaining fuel stations by the summer of 2020. The report notes that there are currently 4,100 public EV charging locations in the UK, which is up from only a couple hundred in 2011. This incredible rate of expansion leads Nissan to project 7,900 EV charging stations in the UK by August of 2020.

Source: Business Green via The Guardian