Honda To Sell Electric Scooter In 2018 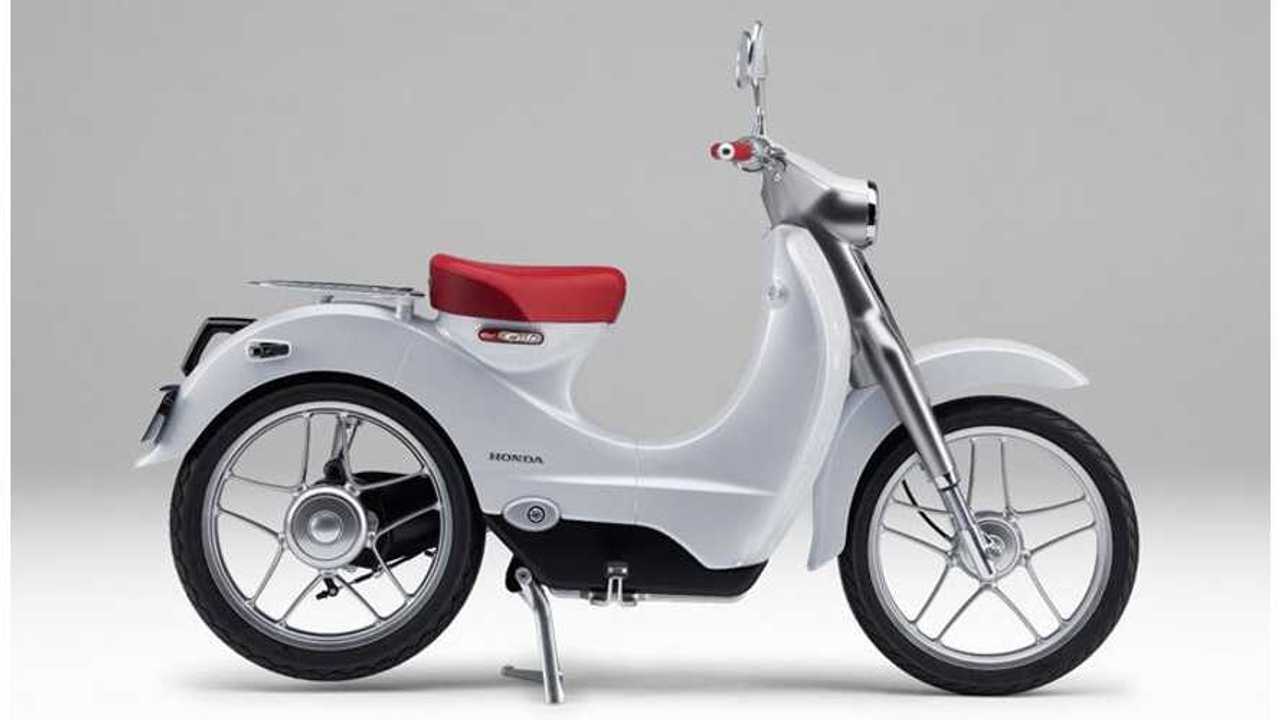 The production version of the Honda EV-Cub electric scooter, shown as a concept two years ago, is slated for production next year.

The announcement came from President and CEO Takahira Hachigo, reconfirming that the company plans to launch a battery-powered scooter next year as part of a growing move toward electric vehicles.

He also predicted that by 2030, some two thirds of the company’s cars will be fully electric or plug-in hybrids, and that bikes won’t miss out on the technology transfer.  On that count, the verdict is still out.

“We are striving to promote the electrification of commuter models and we are planning to introduce some new models including an electric scooter in 2018,” Hachigo said.

“We are currently working on the research and development of a highly convenient system for electric commuters, which feature a detachable mobile battery that is easy to replace and/or recharge. We are considering conducting demonstration testing of this mobile battery in collaboration with the Japan Post Co., Ltd. in Japan.”

According to Visor Down, there are rumors of ‘some new models’ rather than a single vehicle, which has been taken to mean a forthcoming range of electric and hybrid bikes. Rumor has also mentioned the next Goldwing as a possible hybrid platform, employing an electric motor to complement the four-cylinder combustion engine. This is the setup which was previewed in the Neowing trike. In addition, Honda’s collaboration with Mugen on the Isle of Man electric class winners again this year may signal high-performance sparky sportbikes in the near future.

While the emphasis at Honda still clearly rests on the economical commuter and urban marketplace, Hachigo also mentioned working to create, “a society where people do not get involved in accidents.”

With advanced electronics at work in the field of autonomous cars, some research is also focused on keeping cars from running into motorcycles. Even though few among us would challenge any effort to produce safer motorcycles, the possible advent of cars that are smarter than their drivers would be a boon to all mankind.