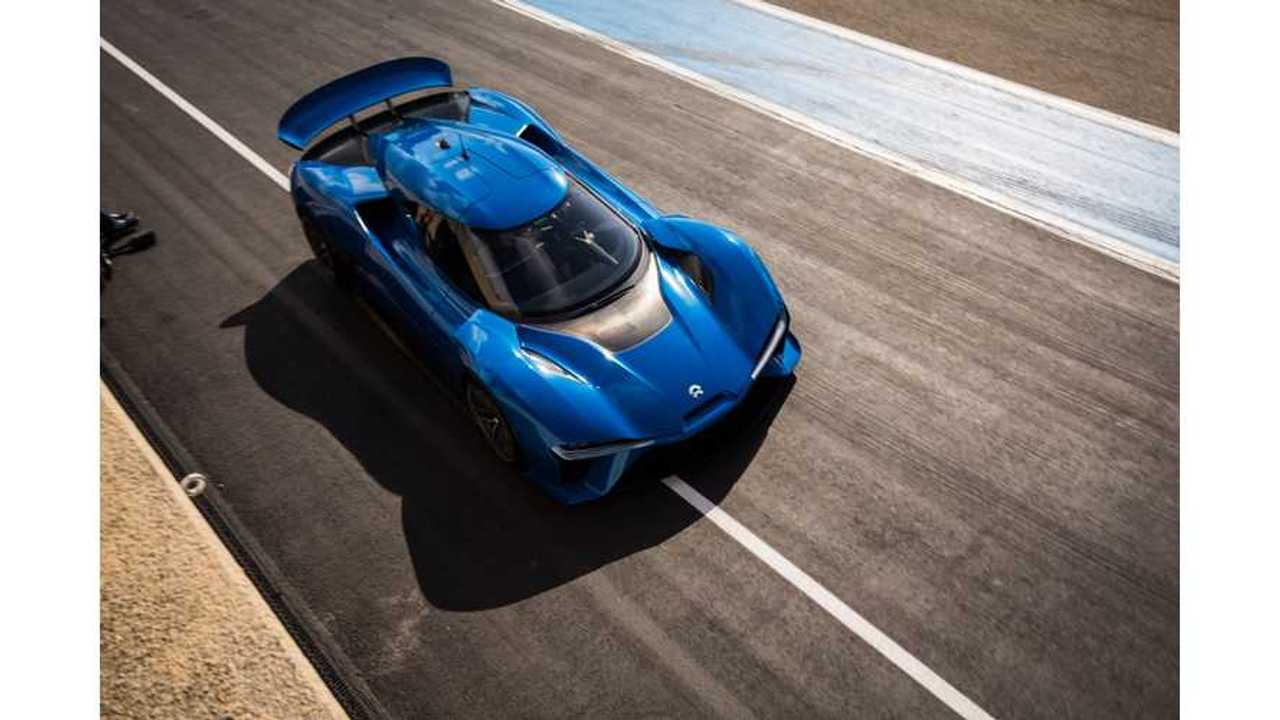 This is how you drive desire.

Nelson Piquet Jr. is a former Formula 1 and endurance racing driver who now drives for NextEV in the all-electric Formula E racing series. His incredible driving skill helped him win the inaugural Formula E championship in 2015. Piquet will now be contributing a series of columns to InsideEVs called "Powered by Piquet: E-Columns," which focuses on electric vehicles and how the technology is moving from the track to the streets.

Last week we saw a pretty amazing landmark in electric vehicle performance, with the NIO EP9 setting a new lap record at the Nürburgring Nordschleife. With Peter Dumbreck driving, it lapped in six minutes, 45.9 seconds – 2.1 seconds faster than the previous best set by the Radical SR8LM in 2009.

Because of everything I've seen happening with EVs over the past three years of racing in Formula E, I'm not at all surprised that this happened. For sure, if I'd seen the NIO EP9's time without my first-hand experience, I would have been a lot more surprised, but with everything I can see and with the technology developing the way it is, it's obvious that an achievement like this isn't the boundary. Electric drive technology is going to get better and the cars are going to get faster.

What did surprise me is how much my father – three-time Formula 1 world champion Nelson Piquet – enjoys and likes electric cars. He has bought two already, and when he saw the videos of the lap and the record being broken, he was like: "I want that car! I want that car!"

And I was like: "Ok, calm down dad." The EP9 is a prototype tipped for a super-limited production run of up to 10 cars priced at around $1.5m each. But to see a guy like him – a guy who's so old-school and 'mechanical' – being so all over these things is much more shocking to me than the results they're  getting.

The performance progress we've made in three seasons of Formula E offers an indication of some of the advances. For example, if you take into account that the tires we're running now are designed to be slower, with a stiffer compound, than the ones we had for season one, we've gained roughly two seconds per lap in vehicle performance. There were a lot of gains over the first two seasons of racing and some teams jumped forward faster than others, so it's not linear and it's not the same for everyone – but you can see potential for big gains to be made with technology.

It's harder to say what landmarks like the EP9's lap record mean for the wider car-buying public, because a shift from a 'gas' car economy to an EV culture is going to take time. But the advances are everywhere in racing: there are new electric karting records being set; in the World Endurance Championship hybrid cars are much more efficient than anything that's raced in that category before. And as these things keep popping up, people are going to be less and less surprised at what EVs can achieve. They're going to start seeing they're good for the environment; they're going to start seeing that EVs are more comfortable and actually easier to drive, and that it's cheaper overall not to have to refuel a car all the time.

But this takes time because we've had a whole century of the internal combustion engine and nothing changes overnight. It's been maybe five years since cars like the Nissan Leaf and Tesla's electric cars started to get really popular, so I'd give it another five years before EVs become properly mainstream and everyone goes "Woah! I want that car! I want that car!"  But it could be a bit like mobile phones, when they went from being something that only a few people had, to everyone owning one.

In some ways it feels like that from inside the championship, because of the growing car manufacturer interest. It's not quite there with the public yet, but the manufacturers are pushing hard to be involved. Audi, BMW, and Mercedes have all shown interest in entering in the near future, joining already-involved manufacturers like NextEV, Renault and Jaguar. Their commitment just underlines how much credibility there is around Formula E and EVs right now. And it's only going to increase.