Despite Other's Initial Efforts, Tesla's Gigafactory Is Years Ahead 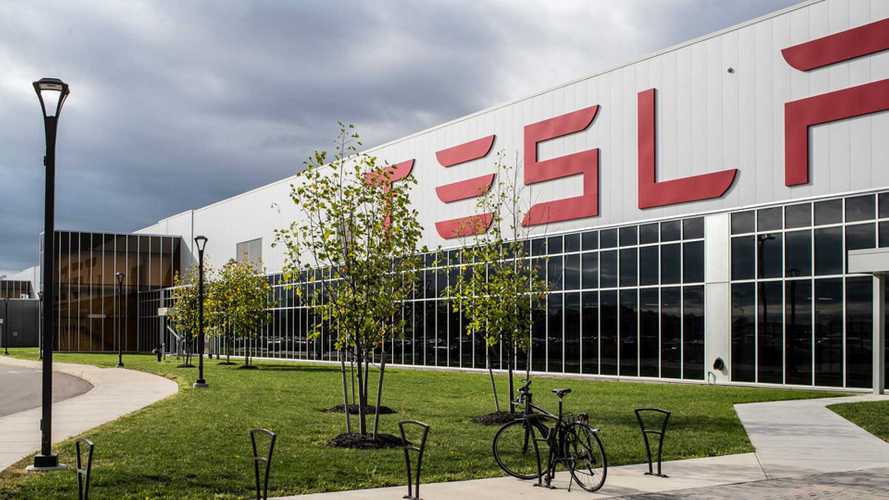 IN THE GLOBAL ARMS RACE FOR BATTERIES, ELON MUSK IS KING AND TESLA GIGAFACTORY IS HIS CASTLE

CNBC recently reported that, "There's a kind of arms race on batteries around the world. We know that Elon Musk with Tesla has got this Gigafactory. The Chinese are racing to overtake him; they'll have three times the capacity. And then in Germany, we've just heard announcement of a new plan for a $1 billion factory on batteries," according to Giles Keating, a former Credit Suisse research chief, currently serving as chairman at investment consultancy Werthstein Institute.

While China's efforts are to be applauded to accommodate batteries for its own massive in-country EV market, many question if Germany's automakers can catch up to Tesla.

Keating thinks they're late to the party: "Tesla was always all about electric cars, whereas I think the conventional auto manufacturers, they were in denial. They just kind of almost wanted batteries to be weak so that they wouldn't have to go that route so that their existing route of business can continue... For most conventional manufacturers it was about beating the emissions rules rather than about trying to revolutionize stuff."

Above: A look at the "battery arms race" heating up worldwide (Youtube: CNBC)

It's evident that the German automakers are waking up to Tesla, but, could Tesla's Elon Musk be in jeopardy of losing his Gigafactory leadership position? Electrek reports that "Elon Musk now says that the factory is already producing more batteries than any other factory in the world." And media outlet, Oil Price, proclaimed in a tantalizing headline: "There is no dethroning Tesla as the Gigafactory leader."

To understand how the lithium-ion battery market is unfolding, all around the globe "from Australia to China, everyone seems to be building Gigafactories so they can take a piece of the battery pie. EVs and energy storage systems are the key ingredients of this pie, and everything suggests that the pie will be a massive one. In fact, according to Volkswagen, the world will soon need more than 40 Gigafactories...  Bloomberg estimated in May that battery manufacturing capacity in the world will rise to almost 280 GWh by 2021."

So can Germany make a run at Tesla? It turns out that: "A 17-company German consortium has announced plans to build a 34-GWh lithium-ion battery Gigafactory, which is reportedly set to rival Tesla’s Reno facility. Rivalry, however, is too strong a word, and here’s why. Tesla’s Gigafactory, with an annual capacity of 35 GWh, is already being built. Terra E Holding’s facility will break ground in late 2019. Full capacity will only be reached in 2028. Meanwhile, Tesla plans to reach its initial capacity by next year, before the German rival even breaks ground... it will take a lot to challenge Tesla’s leadership position."

Above: Tesla Gigafactory currently has about 4.9 million square feet of operational space representing only ~30% of the total finished Gigafactory. Once completed in 2020, Tesla plans for Gigafactory 1 to be the largest building on earth by footprint (Source: Electrek via Duncan Sinfield)

And that's not all. "By 2020, the Reno Gigafactory should have a battery cell capacity of 105 GWh, with battery pack capacity at 150 GWh. At that time, the German factory may still be under construction." And Elon Musk is pushing ahead with more Gigafactories. "Tesla, meanwhile, has three more Gigafactories in the works, at least two of these in the U.S. The maker of the first Gigafactory is not sitting around, waiting for the competition to catch up—it is making sure it remains a step ahead of emerging rivals."