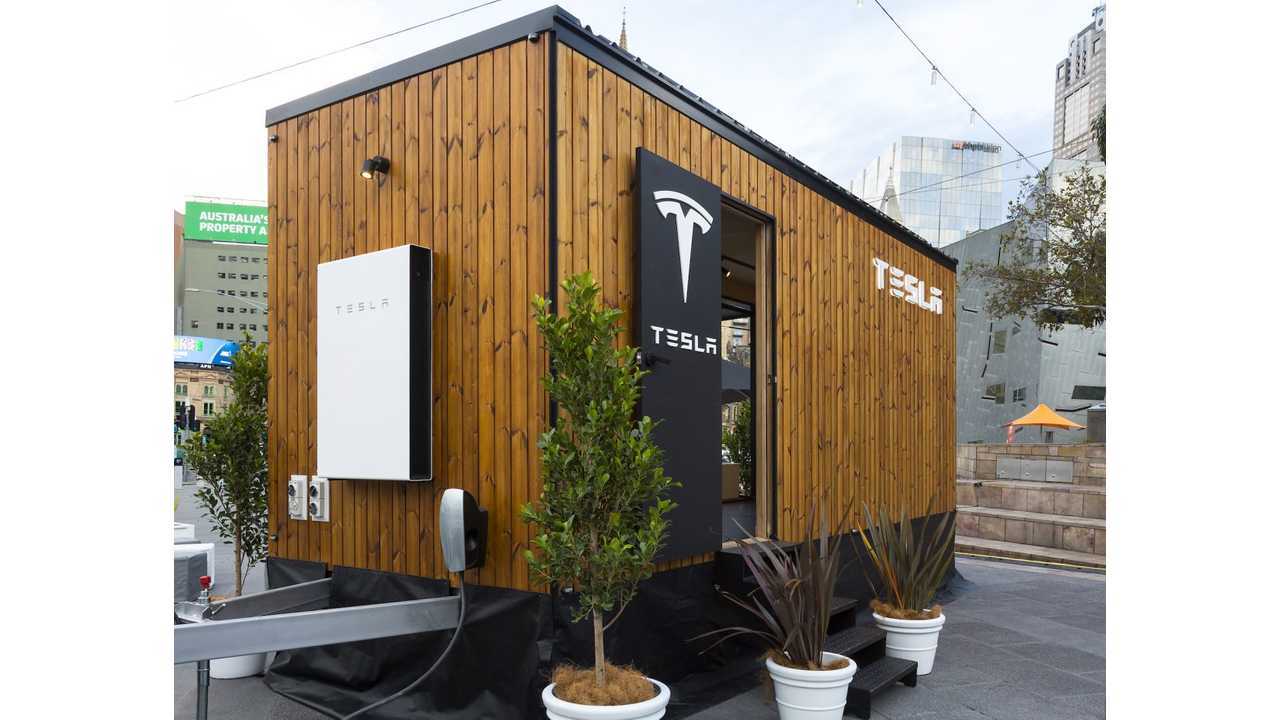 The Tesla Tiny House makes it easy for consumers to see the benefits of solar panels and home energy storage (Tesla Powerwall).

Home energy storage is a fairly new concept and is only allowed in certain areas. For this reason, people tend to be in the dark regarding its benefits and how it may impact them. To make the technology easier to understand, Tesla is using a Model X to tow the miniature house to various destinations to educate people.

Not unlike Tesla's mobile design studio for its

vehicles, the Tiny House includes a design studio and a configurator. Customers can figure out how much energy they can produce and store using Tesla's products, as well learning about the potential to make a profit with their systems. Tesla's press release reads:

"Powered by 100 percent renewable energy via a 2 kW solar system and Powerwall, Tiny House ... can calculate how your home can generate clean energy from the sun using solar panels, storing it in the Powerall to use through the day and night, which can all be monitored and controlled by the Tesla app."

The Tesla Tiny House is now in Melbourne, Australia and will soon journey to Sydney, Brisbane and Adelaide. Tesla has been selling Powerwalls in Australia for some time, however its solar roof products are not yet available there. The country has also been in the news recently, in association with Tesla, since the company is working on the world's largest energy storage installation in Australia.

Check out the following video to learn more about the Tesla Powerwall.

Tesla is hitting the road across Australia in a tiny house powered by 100% renewable energy. Join us at one of our upcoming locations to experience how Powerwall and solar can seamlessly integrate to power an entire home.

We want to bring the Tesla Tiny House to you, so you can fully experience what it means to be self-powered. Our next stop could be in your town, tell us where you'd like to see us.