Pit Stops To Stay For 5th Season Of Formula E 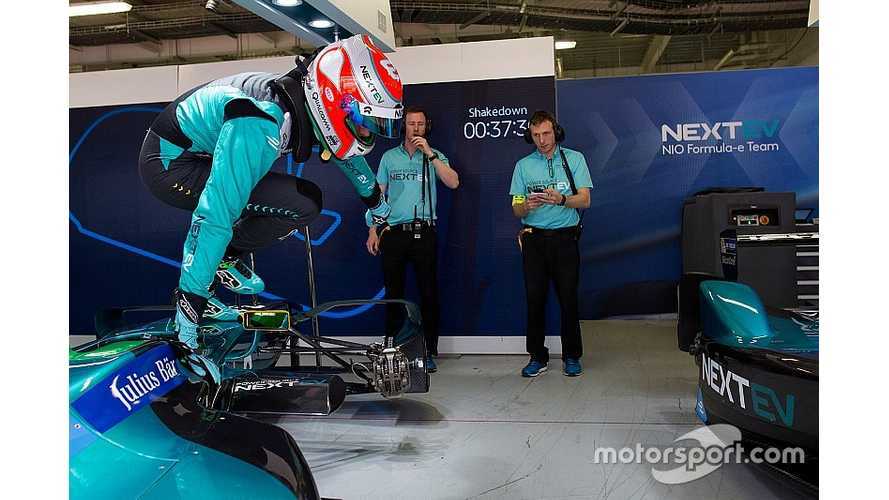 Formula E is likely to keep mandatory pitstops within its race formats for season five and beyond, even after the need for mid-race car swaps is eliminated.

Initial discussions at Formula E’s Sporting Working Group (SWG) took place earlier this year regarding possibilities to replace the car swaps, which will be obsolete by the 2018/19 campaign.

This is when the new McLaren Applied Technologies battery will produce enough usable energy for drivers to use one car per race.

Motorsport.com has learned that the SWG meeting to exclusively discuss the proposals that will shape Formula E races from 2018/19 onwards will take place later this month.

The Formula E teams currently have two nominated representatives on the SWG – Andretti’s Roger Griffiths and Renault e.dams boss Jean-Paul Driot. They will discuss and then subsequently present the teams' preferred plans for discussion at the meeting in June.

Griffiths told Motorsport.com that while no decisions have yet been taken, the series is set to maintain some form of pitstop, but it is unlikely to feature a change of tyres.

“We’ve talked about a conventional pitstop where we would change tyres, but you can’t see many benefits in that because we wouldn’t be changing tyres that are worn out,” said Griffiths.

“It just means bringing extra equipment, extra wheels and there would be no real message as to why we are doing that.”

“Trying to come up with something that adds an element of strategy is one of the solutions we are looking at.”

The FIA, who will ultimately sanction the race format, is known to be open-minded about which path on pitstops to take. Bringing in the new season five technology only for processional races to play out is understood to be uppermost in both the FIA and FEH’s minds.

“We could have a minimum stop drive through or in the box itself, so there might be narrow window to come in and pit,” added Griffiths.

“There could also have an option to choose to make a stop; on that stop you get additional power to use. So, the longer you stop the more power you get, so when you come out you could run faster than you did previously.

"This could be something else which works well and introduces an element of strategic thinking.”

Formula E Holdings confirmed that the retention of pit stops was something it was actively seeking for the new era of its championship in season five when contacted by Motorsport.com.

“We have made a number of proposals for S5 during our FE/FIA Commission, concerning both sporting/weekend format and pit stops, which we want to maintain,” said a spokesperson.

“These are now being studied and fine-tuned by our Sporting Working Group which is checking viability on technical, sporting and fan engagement levels.”

Mexico City ePrix winner Lucas di Grassi told Motorsport.com that he would like to see strategic pitstop elements retained for season five in 2018/19.

The Brazilian and his Abt Schaeffler Audi Sport team capitalised on an early stop under the safety car in Mexico, a rare incidence of an out-and-out strategy gamble paying off in Formula E.

“There are a lot of things that could be considered from quite conventional plans like pitstops to more radical ones like we have seen in Rallycross with an extra corner,” Di Grassi told Motorsport.com.

“Other components that make strategy that you can play with will be crucial I think - not only the amount of energy we have but the strategy around using it should be considered.

“Maybe two pitstops at any time during a race could work. It all has to be analysed, but I am in favour of keeping this strategic possibility open.”