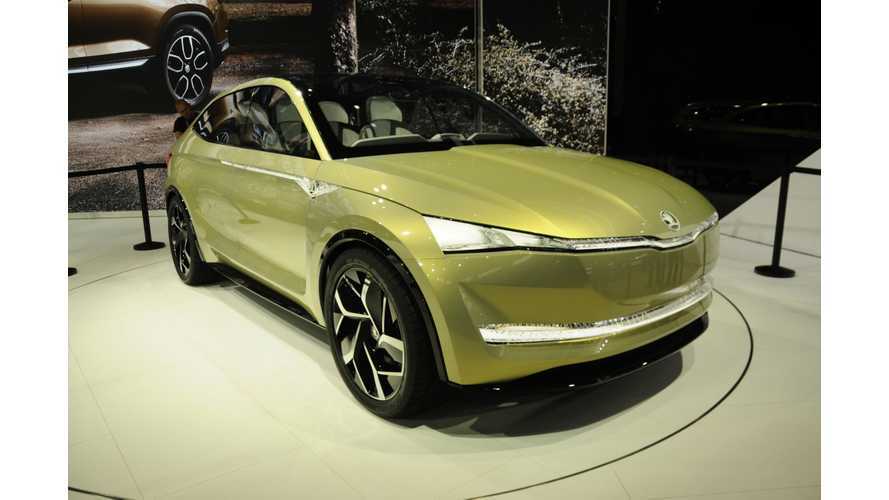 All starts with a production version of the Vision E concept.

A new report from AutoExpress shines a light on Skoda’s future electric vehicle plans, set to begin early next decade with a series of purely electric models. Just before that, the Czech manufacturer will launch a plug-in hybrid version of the current generation Superb in 2019.

Only a year later, a production version of the Vision E concept will be introduced. This will be the third model from the Volkswagen Group based on its dedicated MEB platform, following the Volkswagen I.D. and an Audi EV. Interestingly, Skoda will be given almost the same level of priority as its German brother companies.

The brand from Mlada Boleslav will shortly after release what is believed to be its most expensive model ever – a coupe-SUV, set to be positioned between the Karoq and Kodiaq in length. Thanks to the clever MEB modular architecture, the vehicle will offer enough interior room for five passengers, while a highly efficient electric motor will provide power of at least 300 horsepower (224 kilowatts).

AutoExpress claims Skoda will ask about £40,000 for the model (or about $52,000 at the current exchange rates). The British publication also suggests Amiq, Eliaq, and Anuq as possible badges for this all-electric coupe-SUV.

On the other spectrum of the EV range, Skoda will launch a budget EV hatch, potentially resurrecting a legendary moniker for the marque – the Felicia. Basically, this vehicle will be Skoda’s variant of the Volkswagen I.D. – about the same size as the current Rapid Spaceback, slightly smaller than the Octavia. According to the report, the EV hatch will cost roughly the same as a well equipped VW Golf, or around £26,000 (about $33,836).

The brand’s electric range will grow with two additional models by 2025 – another crossover and an all-electric sports coupe. Interestingly, the latter is rumored to be a spiritual successor of the classic 110R, but electric, as Christian Strube, Skoda’s head of R&D, already confirmed.