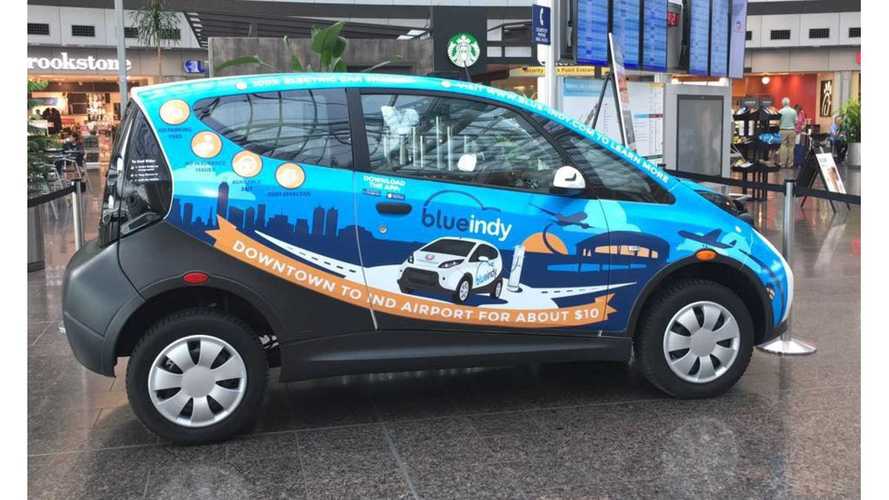 The BlueIndy car sharing program in Indianapolis, after a not-so-smooth start more than two years ago, is now growing to its ultimate goal of 500 cars, 200 stations and 1,000 charging spots.

Currently the company finds two major groups of customers:  students - who are generally without a car at all, and those who fly frequently (BlueIndy's airport location, with 20 Bluecars, represents 7.6% of total riders).

Currently BlueIndy has put in service:

Initially, there was a lot of trouble with some of the station's locations, as local business were upset with parking spaces in front of their shops being filled with Bluecars waiting on riders, while at the same time the BlueIndy service was losing a lot of money, although Chief Executive Officer Gilles Alix today says the operation is close to breaking even.

After negotiations, several stations will now be moved, while the city now gives a two week discussion period to enable businesses to agree on the new installation of a BlueIndy station (although we are unsure if this process could actually stop the process in all cases)

"BlueIndy agreed to move up to five existing stations at its own expense and up to two more stations on the city's dime, for a total of seven, if businesses could meet that threshold. A handful of business owners took advantage of the opportunity, writing letters to the city requesting that stations be moved.

Napolese, an artisan pizzeria, submitted sales figures to the city showing that its 49th Street location lost as much as 10 percent in monthly revenue from 2014 to 2016, which the restaurant attributed to BlueIndy. SoBro Cafe on 52nd Street submitted a letter stating that sales dropped between 12 percent and 20 percent "for no apparent reason other than parking became more difficult.""