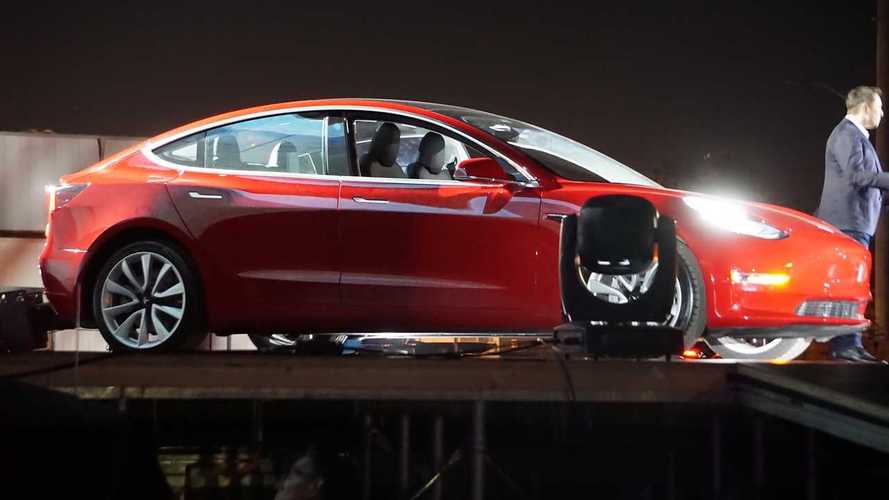 TESLA MODEL 3 WON'T COMPETE WITH ELECTRIC CARS, IT'S GOT BIGGER FISH TO FRY

Recently, we compared the Tesla Model 3 with other electric vehicles in roughly the same price range. While it's likely Model 3 will take away sales from other electric cars, with Tesla's 455,000 reservations, it's doubtful Elon Musk plans to steal sales from small EV competitors alone.

Take, for example, the Chevy Bolt — Motley Fool reports, "GM's annual production goal was between 25,000 and 30,000... The Model 3, on the other hand, is a sleekly styled compact luxury sports sedan, an electric alternative to BMW's huge-selling 3-Series".

That said, which automakers are losing the most sales to Model 3? Bloomberg reports:

"BMW and Mercedes should be concerned. This automobile is clearly targeting their market. Since Musk handed over keys to the first 30 cars ... I’ve heard a lot of people trying to compare the Model 3 to GM’s all-electric Chevy Bolt (known as the Opel Ampera-e in Europe). Although they’re similarly priced and both run on batteries, the parallel ends there. The Bolt is basically an economy gasoline car that’s been electrified; the Model 3 is, well, something altogether different."

With reports that Musk is now predicting Model 3 demand could surpass 700,000 units, it's clear that "in order to succeed, it will have to tear down the artificial distinction between a 'car buyer' and an 'electric-car buyer' and go straight at the heart of the $35,000 sedan class: the BMW 3 Series and the Mercedes-Benz C-Class. The Model 3 is Musk’s missile aimed at this target."

Furthermore, if we look at a more broad overview of similar-priced cars from luxury automakers, it's clear that the Model 3 could pose a significant threat in the category.

Zach Shahan at CleanTechnica reports, "the gas car competition in the same price range is almost entirely slower... The Tesla Model 3 is a quicker, bigger, better car for the price category it’s in. How long till the masses that are in the market for a $30,000–50,000 car discover this?"

What's especially striking is looking at price comparisons with the $7,500 federal tax credit. And that's not even assuming additional incentives available from certain states.

Once we take this into consideration, the Tesla Model 3 has the potential to eat into sales from some truly mainstream cars under $30,000.

USA Today ponders this further, calling the Model 3 "a serious option for many American families...  poses a novel question to motorists: Has the time finally come to consider ditching the gas pump in favor of a plug?"

There are other factors to take into consideration when comparing price as well — it's more accurate to consider the total cost of ownership, including savings from fuel, insurance, maintenance, and repairs over a typical ownership period. Don't believe the economics of Model 3 ownership can hold a candle to these types of cars? Take a look at how the Model 3 compares with the Toyota Camry head-to-head.