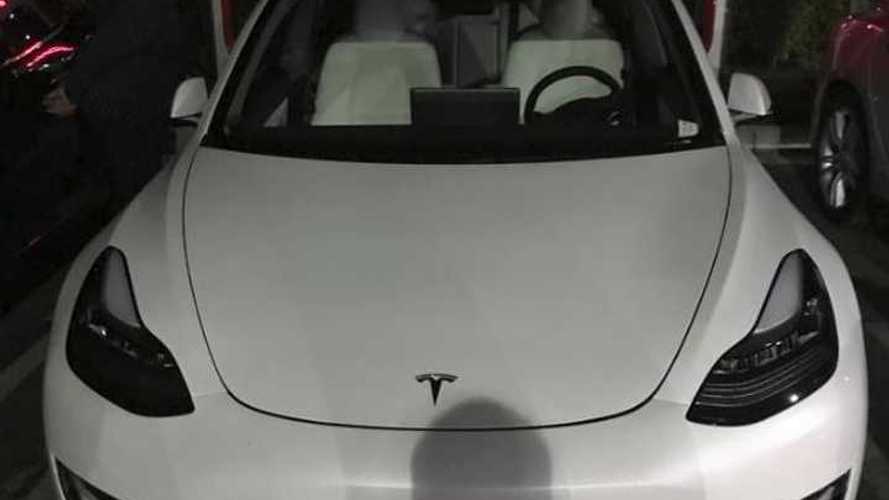 Tesla says the Model 3 won't be available with a white interior until sometime this fall, but here we get our first look at that interior on a white Model 3.

We've seen this interior before, but that was way back at the March 2016 unveiling of the prototype Model 3. We've yet to see the white interior on any of the more recent release candidate cars. However, now this premium seating material has been spotted on what appears to be a new-ish Model 3.

The sighting took place at the  Mountain View Supercharger station.

According to Tesla's Model 3 reservation FAQ page, the white interior option won't be available until "Fall 2017."

All Model 3 orders placed today comes with the standard black synthetic leather interior. If you're yearning for this white, you'll have to wait a couple of months for it to become officially available.