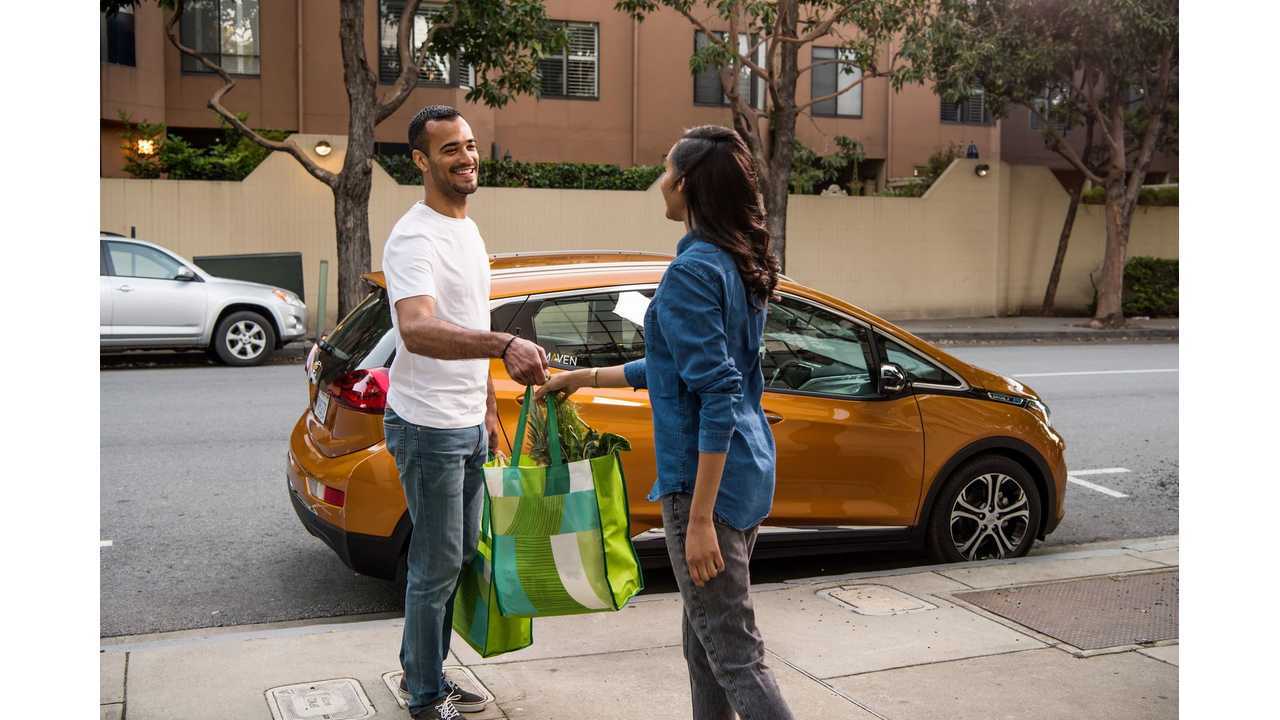 Car Sharing service Maven Gig, which was launched in November 2016, is expanding from its California base (Los Angeles, San Diego and San Francisco) into Baltimore, Boston, Detroit, Phoenix and Washington, D.C. later this year.

And as it turns out, the electric Chevrolet Bolt EV (from $229/week) is the most popular among Maven Gig drivers.

Currently there is just over three digits worth of Bolt EVs already in service, with more to come:

Cars are also available with free charging at EVgo stations for a limited time.

Here is some statats for Maven Gig Bolt EV usage:

“We are committed to bringing Bolt EVs to all Maven Gig markets. Drivers want the Bolt EV because of cost savings as well as helping with energy and environmental goals. The freelance economy is growing and Maven Gig is growing along with it to provide transportation solutions for freelance drivers.”

Here is some more info about the Maven Gig:

Freelancers want freedom and flexibility, and Maven Gig provides both.

Take Jamie, who earns a couple hundred dollars as a freelancer picking up and dropping off passengers as a licensed driver for a ridesharing company on an average Friday night. With Maven Gig, Jamie can now increase earning power by adding other gigs. For instance, spending two hours during the lunch rush delivering food adds another $30-$50. Delivering packages and groceries during the day adds even more.

HopSkipDrive is a ride service that helps parents get their kids where they need to go when they're not able to do so themselves.

Maven Gig is making life simpler and more convenient for drivers through a mobile app.

Maven Gig first launched in November 2016 to provide vehicles for rideshare drivers in San Francisco and has since expanded the offering for package, grocery and food delivery drivers. The mobile app provides drivers the ability to reserve cars and earn money on their own terms. Unlimited miles and insurance are included, and there’s no membership fee after a one-time $20 application fee. Vehicle reservations are now available in Los Angeles, San Diego and San Francisco. Interested drivers can download the Maven app for Apple in the App Store and for Android in the Google Play Store.