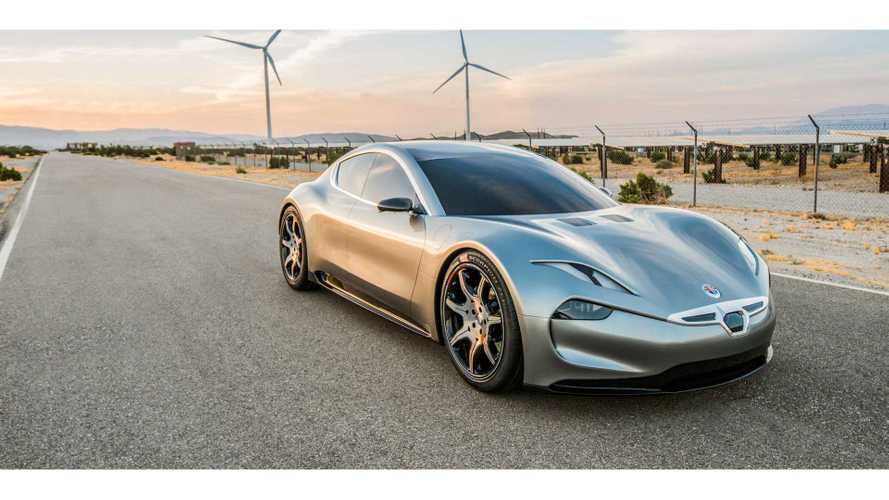 Henrik Fisker has been talking to the press again, this time to the good folks over at Autoblog. Of course, the conversation centered around the designer and automotive entrepreneur's latest planned vehicle — the 400+ mile, all-electric EMotion — and technologies associated with it. In fact, it is this tech that most grabbed our attention this time around.

Apparently, Mr. Fisker has some mystery method of charging that is both fast and hands-free which could find a home in his vehicles, in addition to the planned CCS setup.

Tagged "UltraChargers," these new gizmos will use neither traditional cables or inductive techniques to pour as much as 100 miles worth of juice into the battery in nine minutes. That's a rate of about 200 kW. While he didn't provide much in the way of hints, Fisker did drop that he is working on the system with ABB, an outfit that knows a little something about the mass transit of charged ions.

Beyond that we didn't add much to our accumulated volume of knowledge about the EMotion. As we've heard, it will feature a large battery pack, courtesy of LG Chem. We've previously reported it will hold about 145 kWh in an 800-volt system. This "UltraPack" will be comprised of  21700-spec cylindrical NCM (nickel-cobalt-manganese) cells (the same size and similar chemistry to that being employed by Tesla in its Model 3). It all sounds pretty, well, "Ultra."

Despite continuing in-house work on a graphene-based solid state battery, Fisker confides he will continue to lean on the expertise of LG Chem and its ability to produce cells at a low cost as he works his way through the business plan that calls for introducing a more affordable Fisker some time after the EMotion is launched.

Besides being typically ebullient about his company's product, the Dane also seemed bullish on the future of electric vehicles in general, predicting a 20 percent market share in the U.S. in ten years, and a higher rate in countries that encourage EV uptake with higher incentives.

You can check out the entire interview here.