Can The Tesla Effect Send German Automakers Into A Frenzy? 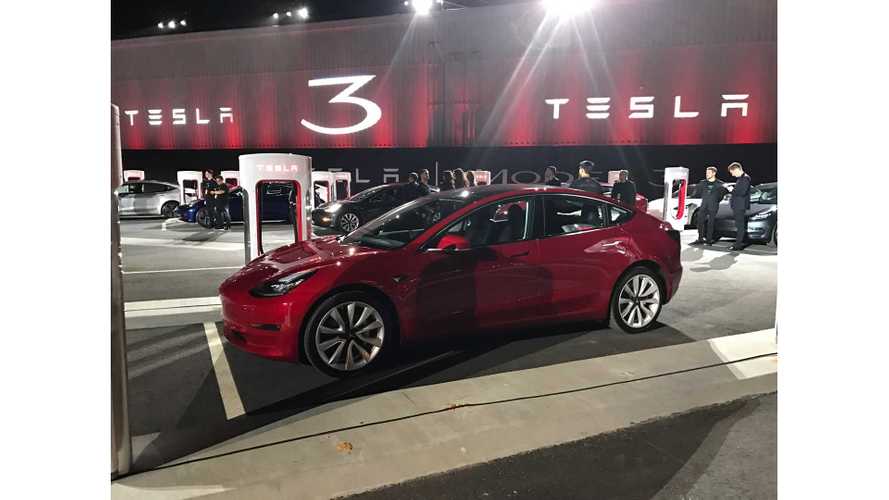 After our overview yesterday about the allegations surrounding Germany's top automakers, one has to wonder if Tesla may soon pose a deadly threat.

A recent article in the Financial Times ponders this further — reporting that: "The $35,000 Tesla 3 is seizing the halo from Germany’s iconic industry. The US industry never offered any real competition for its luxury driving machines: a Cadillac is no Mercedes. But Mr Musk has eagerly taken on the challenge that Detroit long ducked: he has more than 400,000 pre-orders for his creation, which went into production last month across the bay from Silicon Valley."

That said, can Tesla shake up the German automotive establishment?

"After decades of success, dominating the global luxury market with impeccably designed engineering marvels, Germany’s carmakers face their iPhone moment. Like BlackBerry and Nokia before, they are confronted with a US company selling an elegant device based on superior technology... Tesla’s strategy of being more integrated than other carmakers has echoes of Apple, which makes its own mobile chips and designs its own software."

The Financial Times explains another core advantage for Tesla: "Making a car with a combustion engine is a fiendishly complex task and carmakers depend on intricate networks of suppliers. That is especially true when they need to wrap technology around diesel engines to make the emissions less noxious. Anything that makes this simpler, and by extension cheaper, is a godsend to the conventional carmaker. Considered in this light, Tesla has a crucial advantage over them. An electric car is easier to make than one with a combustion engine because it has many fewer parts: Mr Musk says that a Tesla 3 has between 6,000 and 7,000, while Goldman Sachs estimates that a traditional vehicle has 30,000."

Furthermore, with the deceit (and demonization) of diesel dragging down Germany's automakers, their home turf in Europe may soon be in jeopardy. Tesla could be moving in:

"More than half the cars sold in western Europe before the VW crisis had diesel engines and diesel’s share of luxury cars with fuel-thirsty engines was even higher. As European cities clamp down on pollution, and companies whose cars emit illegal levels of pollutants in real-world driving face fines, sales are falling. Germany’s... halo has slipped and in Tesla they face a competitor without such legal liabilities and technological baggage."

Nevertheless, it's still possible that, "Carmakers could prove more adaptable than Nokia and BlackBerry were to technology disruption. They have accelerated their electric-vehicle initiatives, such as General Motors’ Chevrolet Bolt car. But the Tesla 3 is designed to lure buyers of luxury cars, not mass brands such as Chevrolet, and BMW, Audi and Daimler are now in a painfully vulnerable condition... Life is getting more complex for the bosses of BMW and Daimler as it gets simpler for Mr Musk. In this industry, simplicity is worth a lot."