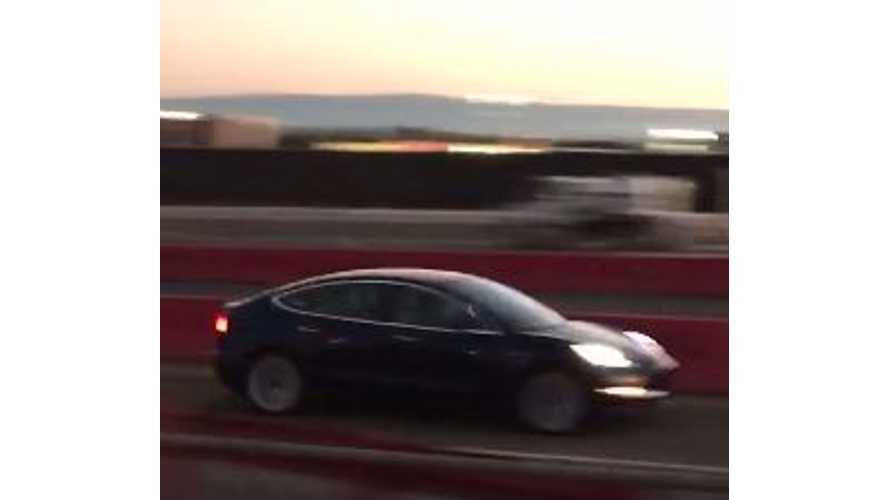 Captured on video is a Tesla Model 3 conducting what appears to be a high-speed test run, perhaps in preparation for what it'll do at tomorrow night's big reveal.

We've seen some Model 3s in the wild moving at an increased rate of speed and we've seen a few accelerating with vigor from a stop, but this particular Model 3 appears to be going close to all out, or at least that's what the video uploader claims.

The video, shot at the Fremont test track (via Facebook - Pablo Galvez via  Tesla Motors Club Alberta), captures a Model 3 at or near full tilt. It's the first time we've seen such a run conducted in a Model 3 and if we had to guess, we'd say Tesla is prepping for the action we'll see live tomorrow night at the 3's big reveal.

We'll be one the scene for the event tomorrow night (details) beginning when the doors open at 7 PM (PT), and livestreaming the Model 3 first deliveries from about 8:45 (PT), so check in with us as the action unfolds in real time.