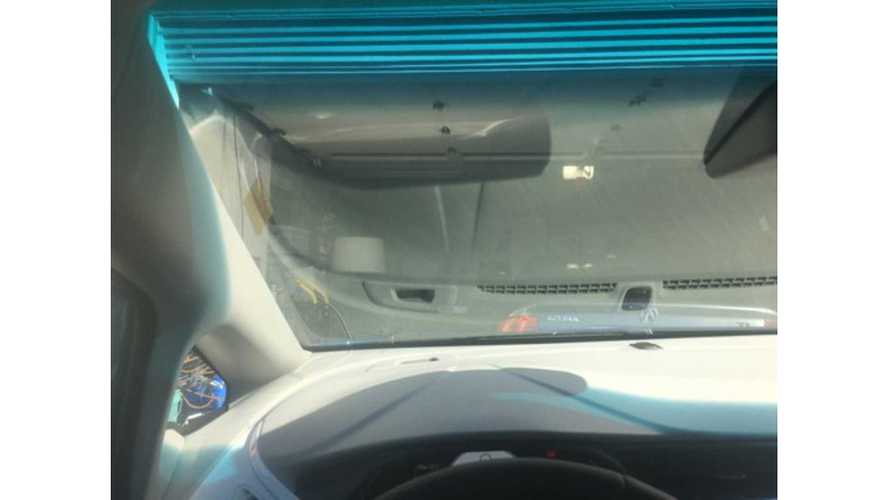 The windshield's shape and angle, coupled with one interior color, makes for glare that's apparently so bad the some Bolt owners have filed complaints with the National Highway Traffic Safety Administration (NHTSA).

The problem is most prevalent on Premier trim Bolts with interior color Light Ash Gray and Ceramic White. The dashboard in this color combo is very light and reflective in nature due to its smoothness. That reflectivity leads to glare that so bad that some drivers feel unsafe in the Bolt during certain outdoor lighting conditions.

The issue first came to light back in January of this year, but it's a growing concern now that more and more Bolts are hitting the streets. The complaints on the NHTSA site include statements such as:

SUNLIGHT REFLECTS OFF OF THE WHITE DASH ONTO THE WINDSHIELD AND BACK INTO THE DRIVER'S EYES. VISIBILITY IS IMPAIRED. THE EFFECT EXTENDS AS FAR AS THE SIDE MIRRORS AND THIS IN PARTICULAR NEARLY CAUSED ME TO CRASH INTO ANOTHER CAR WHICH I DID NOT SEE DUE TO THE TEMPORARY OPACITY OF THE GLASS.

DUE TO THE ANGLE OF THE WINDSHIELD, REFLECTION FROM THE LIGHT ASH GREY COLOR, CREATES A VERY VERY BRIGHT COLORED GLARE, WHICH REDUCES VISIBILITY IMMENSELY ON SUNNY DAYS. WITHOUT THE PROPER SUNGLASSES, IT IS VERY DIFFICULT TO SEE PEDESTRIANS, OTHER CARS AND SIGNS.

TO MAINTAIN GOOD VISIBILITY I HAVE RESORTED TO WEARING POLARIZED SUNGLASSES AT ALL TIMES DURING DAYLIGHT DRIVING.

The glare issue is easy to see below. The first image is a Bolt with a darker dash, the second is the problematic color.

At this time, General Motors has not come forth with a corrective action, and the debate rages on whether or not one is really needed.

Some Bolt owners of affected models are devising their own fixes, like the aforementioned wearing of polarized sunglasses. Other "fixes" include adding a fuzzy dash cover (yuck), placing black mats on the dash or even replacing the dash in its entirety, which at least one owner did to the tune of $2,500.

How'd this happen? It seems likely to be oversight on GM's behalf.  Test mules are typically fitted with cloths to conceal the dash. Therefore, testing wouldn't have revealed this issue before it was to late to make a change.

We reckon GM will eventually come up with a fix, but for now we advise owners of affected Bolts to follow some of the suggestions above as temporary fixes.