Nissan LEAF Sales Up Slightly In US, Edge 1,000 Units For 3rd Month 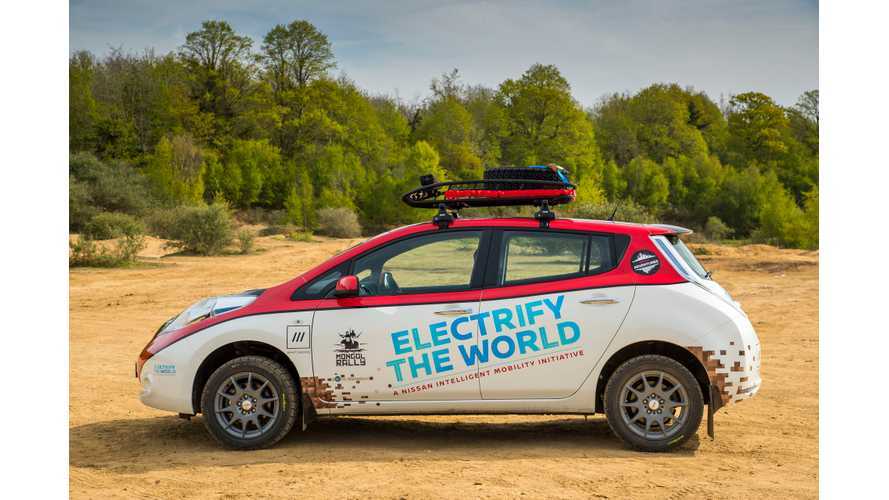 will enter the 10,000 mile Mongol Rally this Summer, but will it find enough charge points between UK and deep into Asia?" draggable="false">

Nissan LEAF AT-EV (All Terrain Electric Vehicle) will enter the 10,000 mile Mongol Rally this Summer, but will it find enough charge points between UK and deep into Asia?

Call it the first-mover advantage, or a deep nationwide availability, or whatever you like...but the oldest EV offering in the US continues to find a way to sell; despite not looking all that hot on paper compared to its newer peers.

In fact, the LEAF has posted sales gains in the last 8 consecutive months, despite a plethora of other new options, and despite Nissan's recent announcement that the 2nd generation LEAF will be debuting this September, and on sale shortly thereafter.

We don't understand it - yet there it is.

Further to Nissan's future EV plans, some cracks in the company's "lips are sealed" attitude have begun to show.

“There will be many types of EVs in the future. The Leaf is a model, not a brand. As for other electric models, yes – a saloon, an SUV, but a sports car is difficult. EVs are not only for Nissan, but also for Infiniti. A new Leaf is coming, followed by some other body type.”

While new Nissan CEO Hiroto Saikawa (the first new boss in 16 years, replacing Carlos Ghosn) let us in on the company's target for EV ranges by 2020:

Saikawa also stated that there would be a couple of new EV offerings over the next two years, all-electric vehicles that would take range “out of the equation” for the US.

So, while yes today's LEAF leaves much to be desired, it seems clear that Nissan has no intention of giving up its worldwide leadership position in the all-electric car space.   We just wish they would hurry up already with the "new hotness".