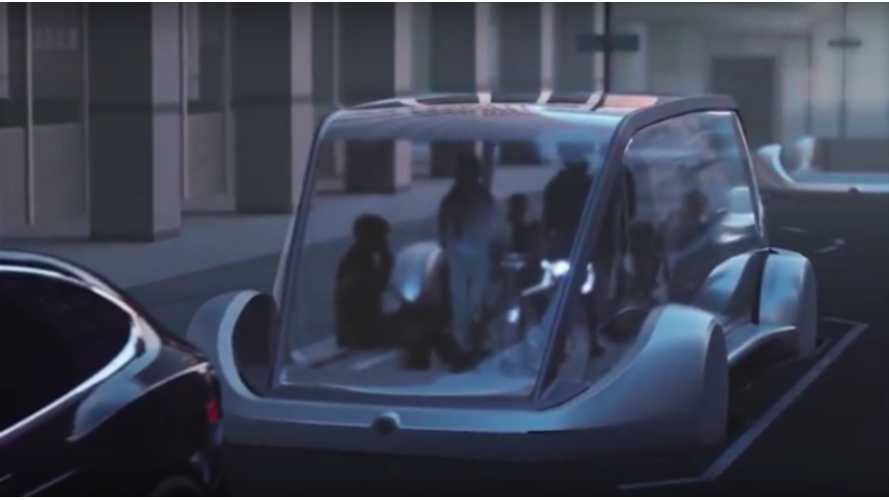 TESLA'S HIGH DENSITY-PASSENGER URBAN TRANSPORT VEHICLE AKA THE MODEL B

Guest Blog Post: Galileo Russell is a 24 year-old Tesla shareholder based in NYC. He has been blogging about Tesla since 2012, and is the founder of HyperChange TV, a new YouTube channel about tech and finance news for millennials.

To accomplish Tesla’s mission of electrifying the world's transportation system, Elon Musk is planning to build a lot more than just luxury sedans and SUVs. As Tesla begins to expand its product line beyond its high-end niche with the Model 3, it is worth taking a step back to understand where we sit in Tesla's broader vision. Although Tesla has only brought 3 cars to market (Roadster, Model S, and Model X), it has developed very advanced electric drivetrain, battery, and self-driving technology. Tesla is now in the process of leveraging this technological expertise to enter many new product categories.

*This article comes to us courtesy of Evannex (which also makes aftermarket Tesla accessories). Posted by Matt Pressman and authored by Galileo Russell.

In total, Tesla now has 8 different vehicle programs in various stages of development — the Model S, Model X, Model 3, Model Y, Roadster 2.0, Pickup, Semi, and perhaps the least discussed of all, a Minibus. First described in Tesla’s Master Plan, Part Deux (released in July 2016), here is how Elon Musk describes the concept for the Model B, or as he calls it a High Density-Passenger Urban Transport Vehicle.

“With the advent of autonomy, it will probably make sense to shrink the size of buses and transition the role of bus driver to that of fleet manager. Traffic congestion would improve due to increased passenger areal density by eliminating the center aisle and putting seats where there are currently entryways, and matching acceleration and braking to other vehicles, thus avoiding the inertial impedance to smooth traffic flow of traditional heavy buses.

It would also take people all the way to their destination. Fixed summon buttons at existing bus stops would serve those who don't have a phone. Design accommodates wheelchairs, strollers and bikes.” - Elon Musk, Tesla Master Plan, Part Deux

The potential for the Model B concept is intriguing to say the least. Tesla’s track record of innovation indicates the company will not release a product unless it is magnitudes better than the status quo. Much like all of Tesla’s current models, perhaps the biggest disruption is not the fact that the Model B will be electric, but that it will have fully autonomous driving capabilities.

Tesla’s vision of having a consumer facing app will allow for two way communication between passengers and the buses. This will allow Tesla’s autonomous fleet to flexibly adapt in real-time to where its capacity is needed most. Additionally, without a driver and by relying on charging batteries instead of filling a gas tank, the buses will be significantly cheaper to operate per trip.

Via Jalopnik. If the Model B comes to fruition, it would sure top this concept." draggable="false">

Tesla Minibus Render Via Jalopnik. If the Model B comes to fruition, it would sure top this concept.

Here are a couple statistics to put the Model B's market size in context:

If we assume that the Model B’s carrying capacity will be roughly ⅙ that of a normal bus (8 people versus 50), but will be twice as efficient, cities would need three Model B’s to replace one legacy bus. Based on this logic, New York City would need 18,000 Model B’s to replace its 6,000 city buses. At an average selling price of $40,000, this means New York City alone could be a $720M revenue opportunity. Although this is a very rough estimation, it goes to show the exciting potential for Tesla to replace legacy bus systems in megacities (pop. of 10M+) across the globe.

Urbanization continues to be a dominant trend population demographics. According the UN there were 10 megacities (pop. of 10M+) home to 153M people in 1990, by 2014 there were 28 megacities home to 453M people. This shift is driving demand for bigger, more efficient public transportation systems, and is a trend that will only become increasingly prevalent as the 21st century progresses. This will be the backbone of Model B demand.

An all-electric minibus represents yet another Tesla vehicle with the potential to contribute billions in annual revenue. Although according to Tesla's Master Plan, Part Deux, Model B is set for an unveiling this year, although — that remains unconfirmed. With the Semi unveiling coming up in September, the Model B is not likely to be unveiled until very late in the year, if it makes it in 2017 at all. Otherwise we are likely looking at a 2018 unveiling. In-line with Tesla’s other unveiling timelines, we expect deliveries of the Model B to begin in about 2 years after the product is shown to the public, so in this case, late 2019 at the earliest, but most likely 2020. Until then, let the speculation begin.