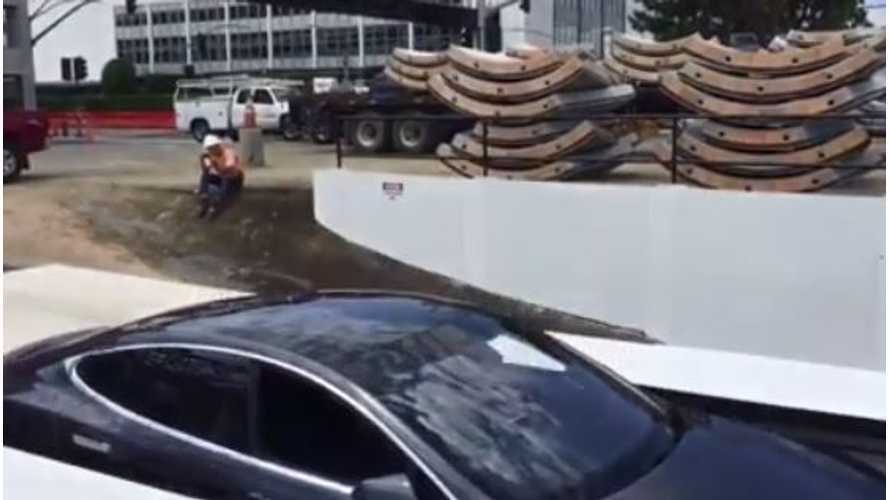 The car elevator will be used to transport vehicles into the underground tunnels for travel.

The Boring Company is moving forward with its plans to tunnel under cities and to allow cars to travel in these tunnels via a car elevator that transports the vehicles from above ground to below. Once below ground, the cars board sleds for movement within the tunnels.

The Instagram link offered by Musk leads you to the video of a Tesla Model S (naturally) using the elevator at the top of this post.

Approximately 3 weeks ago, we first learned of work being done on the car elevator. Now the elevator has sprung to life. Here's video of the skeleton of the car elevator before it was fully funcitonal.

Just installed steel skeleton of the car/pod elevator. Should be operating next week. pic.twitter.com/DIZW7zuWaA

In the original Boring Company teaser video, Musk shows electric cars, and multi-passenger transport “sleds” heading down to the tunnels. No one is certain if this concept will make it that far, but regardless, tunneling is underway, and the elevators are being constructed.