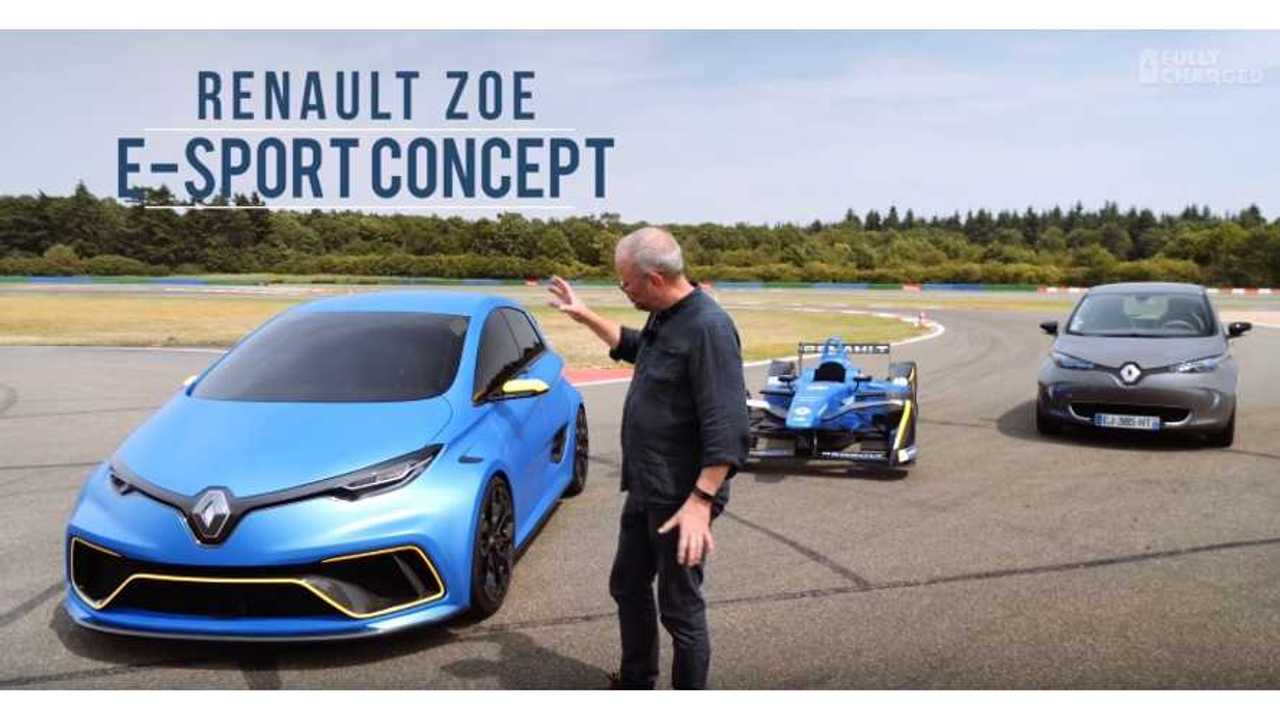 Fully Charged got a rather unique opportunity to check out a very special ZOE on the track - the race ready Renault ZOE e-Sport Concept, which was unveiled earlier this year in Geneva.

The French hot hatch was first tested by Robert Llewellyn, and then also (more competently) by the Formula E driver Nicolas Prost.

A lot folks hope that Renault will eventually introduce the sporty version of the ZOE (which is only 65 kW peak).

"A first for Fully Charged, exclusive access to Renault's attention grabbing Zoe e-Sport, a four wheel drive hot hatch track car, sadly at the moment a one off prototype but it hints at what could happen with high-performance electric cars. With speeds and handling way above my skill level, this thing is a beast.

The noise on corners is the rear differential, the explanation was so long and complex we cut it out. Sorry."