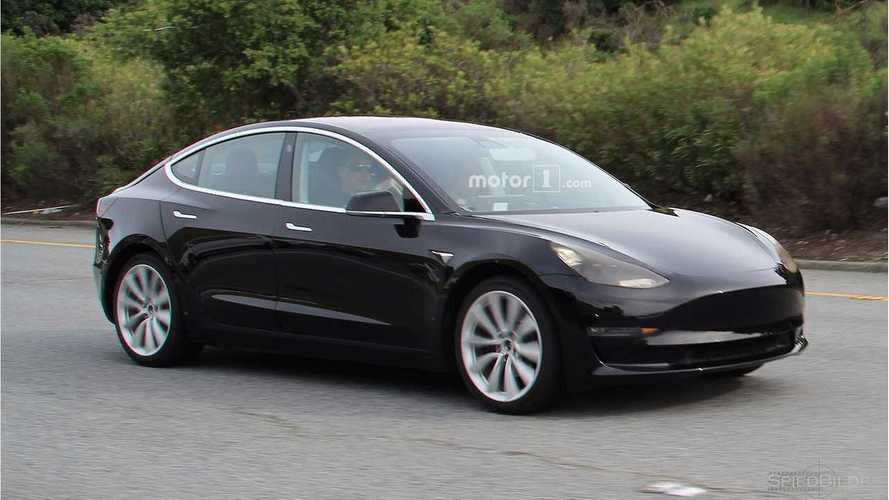 For a select group of top referrers, the Tesla Model 3 will be unveiled for viewing on June 2.

And it's precisely the same date that we originally predicted for the Model 3 revealing.

Some two months back we wrote:

Based on the fact that the new Project Loveday commercial competition is set to run until May 8, with the winner being chosen after May 22, we may have a guess as to what the assumed grand prize will be.

"Grand Prize Winner (1): The Entrant with the top winning Submission will be invited to and introduced at a future Tesla product launch event."

"On or about May 29, 2017, the Grand Prize Winner will be sent an email notification with instructions on how to claim the prize. The prize must be claimed by June 2, 2017."

What might Tesla be planning for June 2nd (or thereabouts), and why might the winner have to act so fast?

Likely Model 3, Part 3 right? One would assume that that’s the only substantial launch event that Tesla would be planning for the immediate future. There wouldn’t be a better event to invite and introduce the winner to, and the event would present the perfect opportunity for Tesla to “air” the winning commercial, due to the wide level of press coverage, and the huge audience.

It now seems our guess was accurate, as we've now learned (via Teslarati) that invitation emails have been sent out to Tesla referral winners. Those emails, titled "Your Exclusive Invitation: VIP Tesla Factory Tour" provide "details for the exclusive event for existing Model S and Model X owners that made 5 or more qualifying referrals between October 16, 2016 and January 15, 2017."

The body of the email has additional information. Here it is:

It's assumed that Tesla will show off the final production version of the car and not a prototype as it had already done in the past.

The general public will still have to wait until sometime in July for viewing of the Model 3. That's when Tesla will presumably host a large-scale event to reveal its latest electric car.

"We’ve provided a copy of the email sent to Teslarati courtesy of the popular Tesla-focused YouTube Channel DÆrik, and founder of TeslaInventory.com."