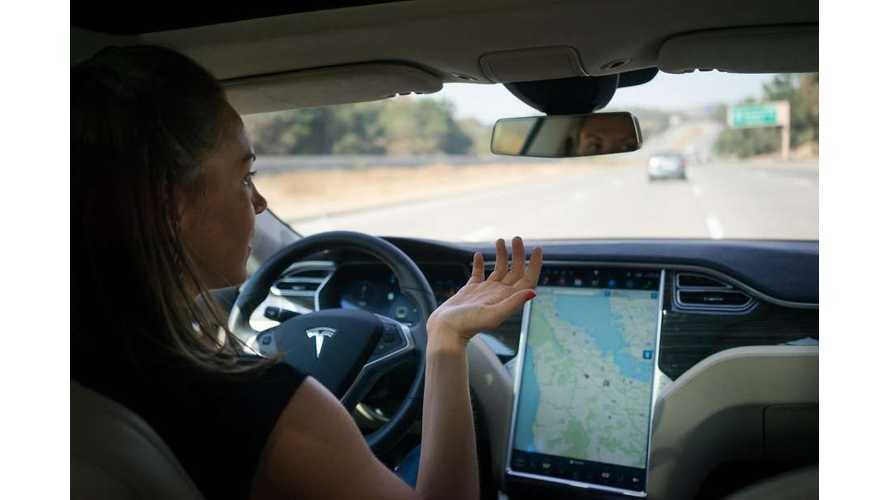 Tesla, Apple, and others are pushing the California DMV to change current self-driving car testing rules, but it seems that the company's motives may not always match up.

Tesla asked California to ease up on current restrictions that ban testing of autonomous vehicles over 10,000 pounds. The automaker said that rules such as this "stifle innovation." Also, Tesla explained that such vehicles may be used on private sites to transport heavy goods or equipment. Apple agreed with Tesla's proposal to California. Apple also agrees with Tesla in that the DMV should not restrict which equipment can or cannot be used.

We reported several months back that Apple had finally officially joined the self-driving race, and at that time, the tech company was also trying to sway California on its self-driving car rules. Apparently, this has continued, but it seems that Apple is not just pushing in order to assure for uninterrupted innovation, but also to make sure that others are highly scrutinized. This is a way for Apple to "catch up" with others that have been in the race for some time.

Apple argues that the system isn't regulated enough, and that there needs to be more standard measurements in place, and automakers need to be held more accountable. The tech company wants to make sure that all other companies in the segment are sharing any "problems" with the California DMV. Apple's letter said that it looks forward to working closely with the state:

"so that rapid technology development may be realized while ensuring the safety of the traveling public."

Waymo, Ford, Uber, Toyota, and Tesla all submitted comments to the California DMV. The state has said that it will review the suggestion, and decide on policy soon.

Apple's specific request was that companies should have to report all self-driving "disengagements." This means that every time a person must take control, even if it's not 100 percent necessary, or because of a possible problem, the automaker still needs to tell the DMV of the incident. Apple is preaching that it wants to keep the testing process safe, and make sure that the public is not confused or mislead about the specific self-driving level.

Others believe that Apple is specifically targeting Tesla's Autopilot system, in hopes that it will fail, or that Apple's system will be able to fare better in the eyes of the California DMV and the public. Steve Kenner, Apple's director of product integrity believes that current regulations are too wide open and:

Apple also wants the definition of autonomy to be better clarified, along with increased clarity to companies about exactly what the DMV's expectations are. Uber ran into problems with this clarity and has since been banned from testing in California.

"There is no reason to deny those riders an opportunity to travel in an autonomous test vehicle and provide honest feedback."

This is just the tip of the iceberg. It goes to show how involved the process is going to become as regulating bodies begin to deal with autonomous cars. There are so many considerations, stipulations, and unanswered questions.