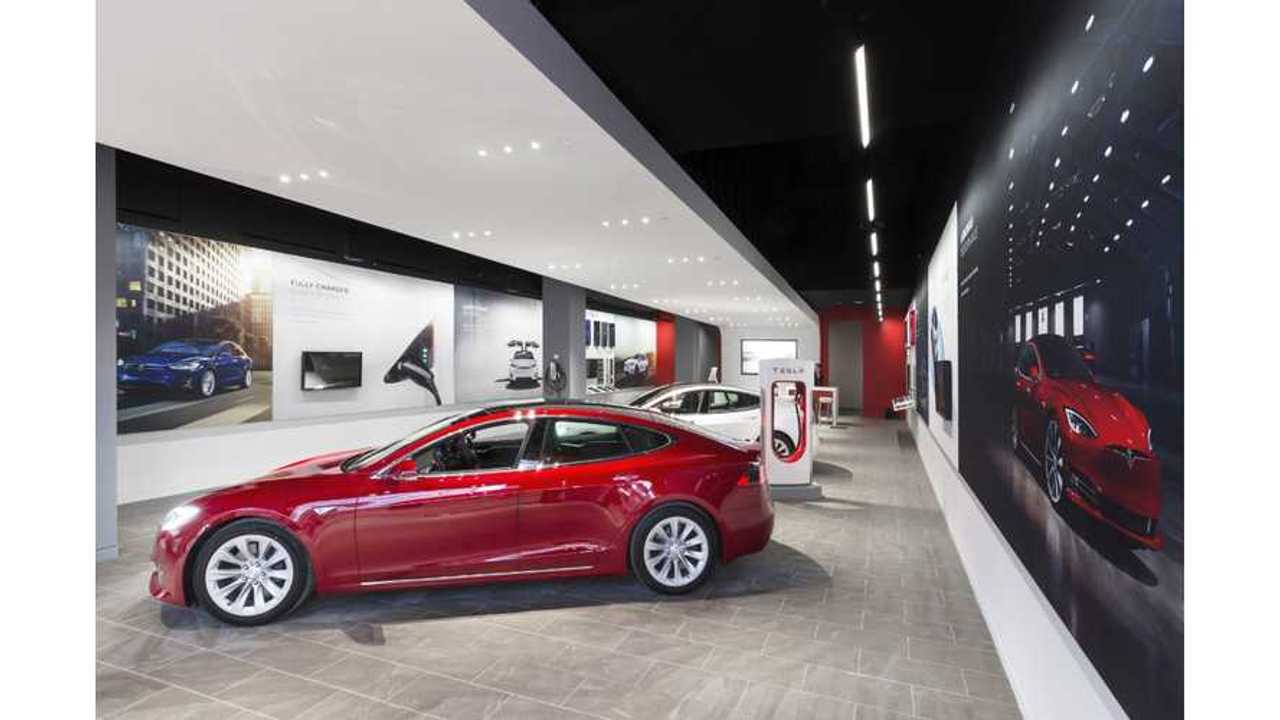 THOSE INTERESTED IN TESLA MODEL S SHOULD CONSIDER THE 100D

Anyone wondering about the practicality of taking long road trips in a Tesla Model S would do well to watch this recent video from Fully Charged, in which host Robert Llewellyn takes a Model S 100D on a journey from London all the way up to the Orkney Islands - the UK equivalent of a Kerouacian coast-to-coast odyssey.

It’s worth watching this piece just for the scenery (note all the windmills along the way). However, host Robert Llewellyn also has a couple of interesting insights about the differences among the “regular” rear-wheel drive Model S, the dual-motor version (100D) and the performance version (P100D).

A Tesla Model S is ready to take on the road

For those who can afford a “100,” range anxiety - which has never been the debilitating disorder that the popular press makes it out to be - is completely eradicated. With a range well over 300 miles, you can drive four or five hours at a stretch, and sitting in a car any longer than that without a break is unhealthy for the circulation anyway, to say nothing of the bladder.

Superchargers are plentiful in Cool Britannia - at least 36 by last count. Travelers heading for Scotland can top up at Gretna Green, where illicit lovers of yore said their hurried vows, outside of Edinburgh and Dundee, and soon in Inverness.

Robert soon notices that, compared to his own single-motor Model S, the 100D has “loads of regen.” This is of course because there are two motors recapturing the braking energy, and it contributes to the 100D’s awesome 335-mile range (that’s the official EPA-rated range - on this trip, Robert finds that he can achieve even more). That’s the top range of any Tesla (or any other EV) except for the upgraded Roadster 3.0, which Tesla says can get as much as 400 miles.

The two-motor arrangement does have one minor drawback. Robert notes that the frunk is slightly smaller - that second motor had to go somewhere. That said, there’s only one more capable electric vehicle on the planet, the P100D. With a larger high-performance motor in the rear, the P offers more acceleration but slightly lower efficiency - 33 kWh per 100 miles, compared to the 100D’s 35 kWh of energy in 100 miles.

The P100D with Ludicrous Mode may be the official top of Tesla’s line, but Robert makes a strong case that the 100D is actually a superior choice, especially for those who like road trips. In addition to the slightly better efficiency, you get more range: 335 official miles, compared to 315 for the P100D. At nearly $40,000 less, there’s no question that it’s a better bang for your buck, unless you simply must have the thrill of Ludicrous Plus acceleration, which takes you to 60 mph in 2.28 seconds.

The Tesla Model S is still plenty quick in any configuration

Remember, the Model S 100D is no sluggard - it can go 155 mph, and does 0-60 mph in 4.2 seconds, which may be less than Ludicrous, but is still as quick as any dinosaur-burning vehicle you’re likely to meet. Whether you’re heading the length and breadth of the Scepter’d Isle, or threading the high passes in Colorado on your way to the Pacific, you may find that the 100D is the ultimate road car.