Tesla Model 3 Spotted: Up Close And In The Rain - Video 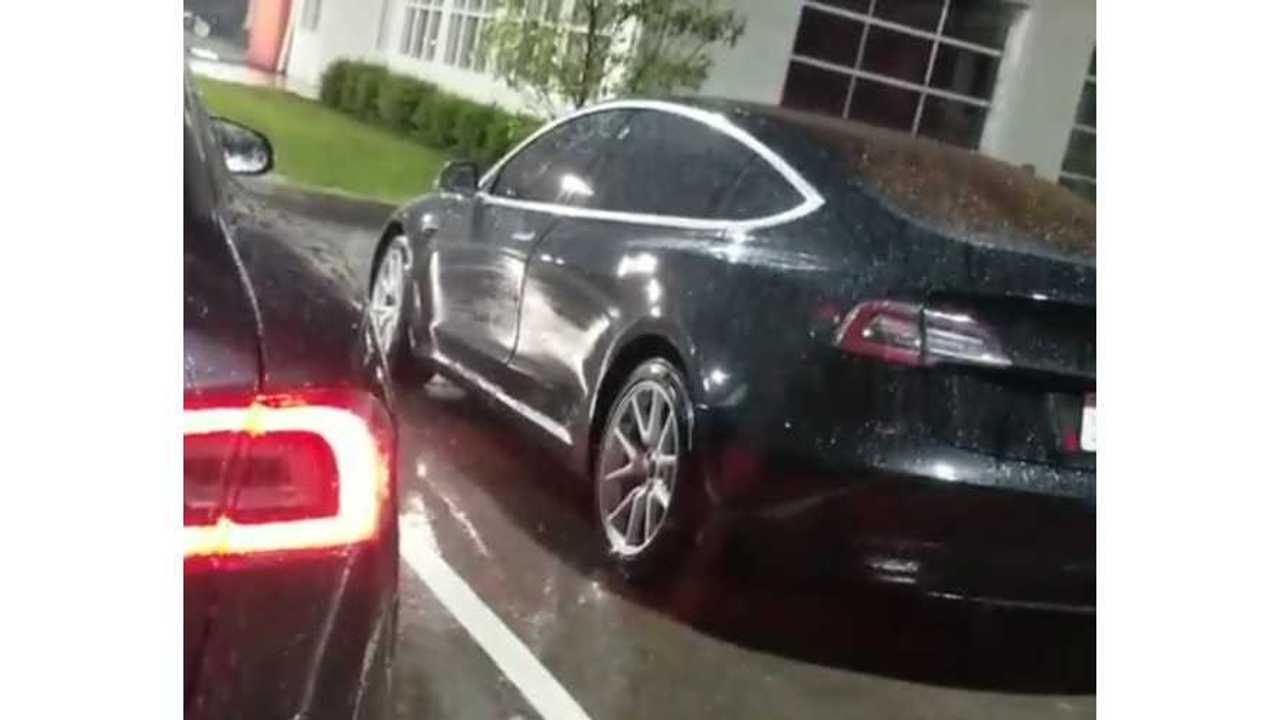 A black Tesla Model 3 was recently spotted making a late night stop at a Supercharging station in Cincinnati (which is a long way from HQ in California), and fortunately InsideEVs reader and Instagrammer Jordan Hart (jordanhart88) caught the upcoming EV on video and passed it along.

Jordan added some depth to his experience with the Model 3 in the rain:

"Super excited I got to witness and record a Model 3 up close! In a thunderstorm no less..

...there was definitely a puck shaped sensor on back trunk lid and another antenna hanging below the back bumper with some wiring. Chase care was a model S with a lot of hard pelican cases and gear in back of the model S. Also when my friend and I arrived to the SC which is at the Cincinnati Tesla store, there was an enclosed trailer leaving the lot like he had just dropped them off to charge and then depart on a long term test drive perhaps..."

As for when we will see the "official" unveiling of production-version of the Model 3, Tesla CEO confirmed in a recent tweetstorm this month that was we still have two months or so to wait - July.

Also in the news this weekend:  Tesla CEO introduced his "Boring Company" for building underground transportation (see swanky video demonstration on that here), and showed off a first teaser pic of the company's all-electric Semi-Truck, that Musk says will out torque and out range any diesel offering.