Elon Musk Spends 80 Percent Of His Time Doing This 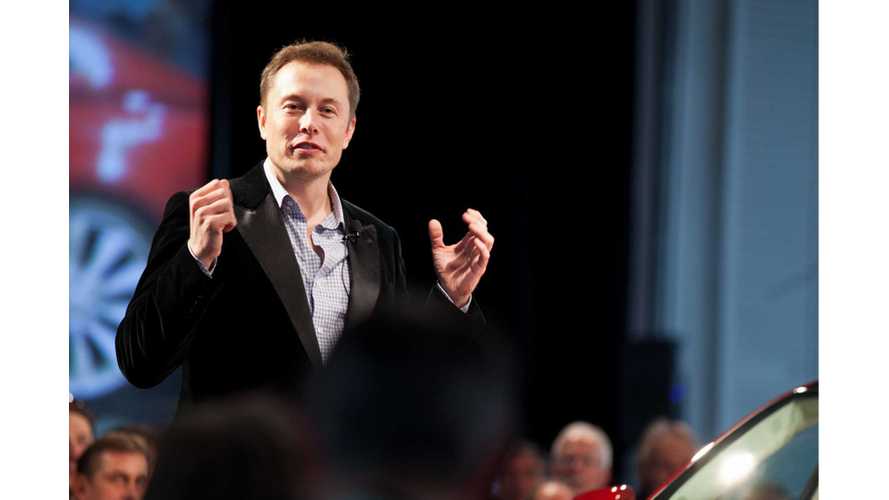 Tesla and SpaceX CEO Elon Musk is a brilliant leader with a hand ons focus on design and innovation, yet he still woos the masses with his down-to-earth personality.

According to Inc., Elon Musk's recent interview on Y Combinator (one of the world's most successful startup accelerators) further solidified what most of us already know regarding one of the world's most popular and respected CEOs. Musk claims to spend 80 percent of his time with his hands personally involved in engineering and design, as his primary goal is to develop innovative and life-changing products, which possess his own vision.

Elon Musk comes across as laid back, genuine, charming, and funny. Although he's a workaholic, and highly intellectual, he appeals to people on a level that's not found in most other CEOs.

Musk's style of design focuses on revolutionary products that will help people, the environment, and the future, all while being aesthetically pleasing. Added to this, Musk's product ideas are the type that beat the odds, by coming to fruition despite adversity and doubt.

Inc. pointed to some examples like the beautiful rooftop solar tiles, Model X falcon wing doors, and reusable rockets. Musk's future plans for travel to Mars, a boring machine that works faster than a snail (which is extremely fast), underground tunnels with vehicle elevators and electric car skates, a vacuum tube "hyperloop" mass transport system, and even full self-driving cars are all a really big deal, and absolutely viable according to his forecasts.

Very rarely does a CEO spend half a day every week sitting right next to his/her company's chief designer and additional time aside working engineers and line workers. However, Musk chooses to sit with Franz von Holzhausen and be a part of the design process. Somehow he finds time to run two major companies and a handful of others, engage the public via social media, take care of his five boys, sleep enough, and even date.

Musk is known for his keen eye and attention to detail. He basically learned to build rockets from scratch when starting SpaceX. Not only does he have a mental image of what he wants, but he's also very successful at conveying it to his team.

Many compare Elon Musk to Steve Jobs. He's one of a handful of CEOs with a future vision and no fear of making it happen. He takes huge risks that seem destined to fail, but it doesn't matter to him, because he leads with his beliefs and opinions above all else, and he accepts failure as a means to success. Inc. also compares Musk to mid-century designer and author, George Nelson. Nelson wrote the following for the Herman Miller catalog (via Inc. from Ralph Caplan's book, 'The Design of Herman Miller'):

"You decide what you will make. Herman Miller has never done any market research or any pretesting of its products to determine what the market 'will accept.' If designer and management like a solution to a particular furniture problem, it is put into production. There is no attempt to conform to the so-called norms of 'public taste,' nor any special faith in the methods used to evaluate the 'buying public'."

Regardless of Musk's extraordinary work ethic, in the end, Musk is a people person. He comes across as real and genuine, full of kindness and compassion. Though some claim he's a genius and an intellectual, the average person can easily relate to him. People seem to get the feeling that Musk has their best interests at heart, as well as that of our civilization in general. He reaches out to the younger generation through social media, and even goes so far as to share his personal life and stories. This speaks volumes to people across the globe.

Ideally, Musk is paving the way for a new generation of future business leaders, and how they can better approach their roles in our ever-changing planet. Out with the old ... in with the new.