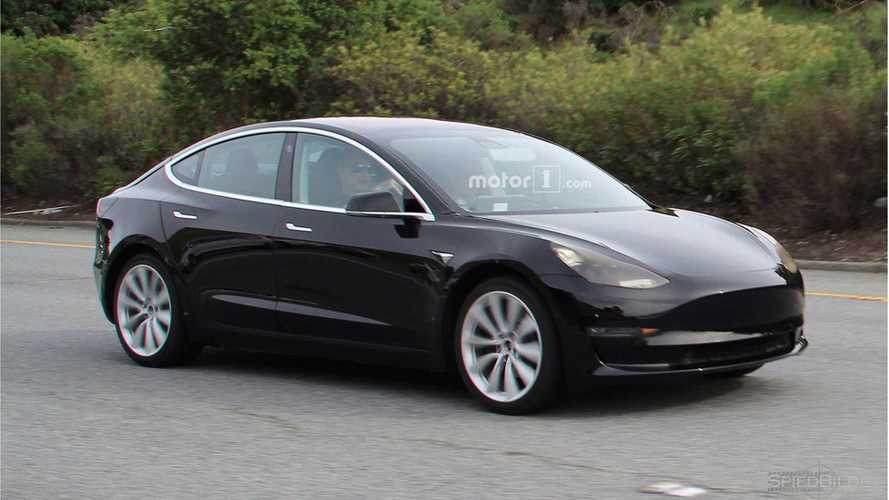 Yet another rumor has surfaced surrounding the upcoming Tesla Model 3, and it suggests that new 4416 lithium-ion battery cells may be used in Tesla's future fleet.

The rumors are flying even more now that we are days away from the final, official reveal of the Tesla Model 3. Dual charging ports, a credit card style key fob, and now more energy dense batteries?

Fortunately, we should have answers to all of these questions in a matter of days. Nonetheless it's interesting to divulge in the speculating. According to Teslarati, Ben Sullins of Teslanomics was apprised of some significant inside information stating that Tesla has manufactured a larger (44mm in diameter and 160mm in height) battery cell that's cylindrical in shape, and may be finding its way into the Model 3.

It's been assumed all along that Tesla's already new 2170 cells were to be used in the automaker's hugely popular mass-market sedan. The "2170" cells (as called by Tesla) were initially being produced for Tesla Powerpacks and Powerwalls. The new cells are already more energy dense than the previous 18650 cells, which would allow the Model 3 batteries to offer a longer range while displacing the same space (higher Wh/kg) than that of the Model S and X. The potential for this technology to also make its way into Model S and X vehicles ups that ante.

...offer a longer range/more kWh in the same battery space of the Model S and X."

This "news" comes on the heels of the recent announcement that Tesla is discontinuing the Model S 75. This is another of several steps Tesla seems to be taking to further separate the upcoming Model 3 from future Model S vehicles. Model S and X vehicles are surely due for a more substantial update in the near future, and the use of an even more dense battery cell could be the answer.

CEO Elon Musk Tweeted in the past that the Model 3 can only accommodate a 75 kWh battery pack, even though some assumed that there will eventually be a higher performance Model 3. He also made it clear -- although wide speculation suggested that the 2170 cells would be utilized in the Model S and X at some point -- that there were no future plans to use 2170s in those vehicles. Musk was careful to never say that there won't be a more energy dense battery available for the Model 3, nor did he say that there wasn't an additional technology that may make its way into future Model S and X vehicles.

Video (below): Ben discussing the tip in Monday's Teslanomics Live News (from 14:05 mark).

We aren't sure we are on board with Ben's assumptions of enhanced range predictions using this rumored new format, but a larger cell would 100% definitely be beneficial today in one area - cost, as getting down the sheer number of cells per kWh found in a Tesla battery pack would be a given to lower production expenses for the company.