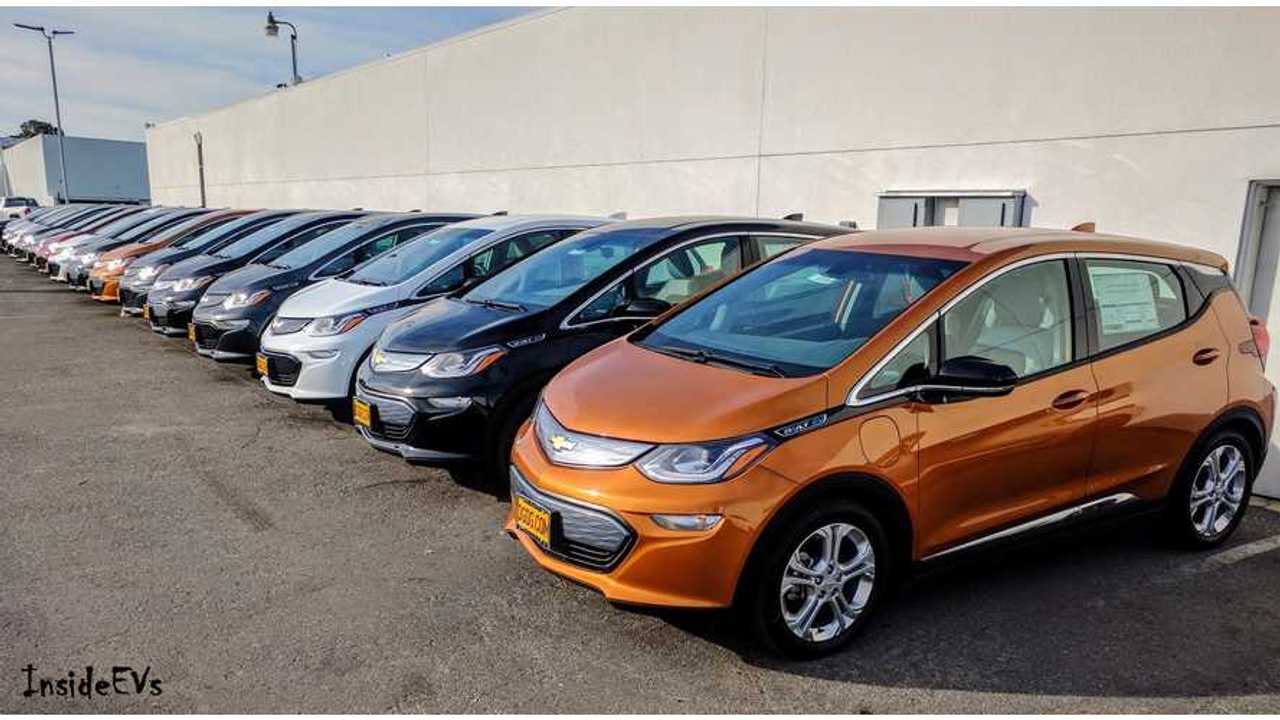 It's one of those awkward he said, she said moments.

Last week, we learned that General Motors was extending the summer shutdown at the Orion Assembly Plant. That's the site of production for both the Chevrolet Bolt and the Chevy Sonic.

At the time, it was stated that inventory for the Bolt had reach 111 selling days, which is way above the automaker's target of ~70 selling days.

Some believed that Bolt sales were so soft that GM was forced to extend the plant's downtime.

We later learned that reportedly (according to a plant employee) GM is using the downtime to retool the factory for increased Bolt production.

"We added an extra week for shutdown because of slowing sales for the Sonic, I’m assuming because of gas prices."

"Another reason for the extra week was to complete bank systems and re do the assembly line to INCREASE Bolt production."

"The jobs are all set to produce Bolts on a 2 Sonics, 1 Bolt mix. They are changing the mix to a 50/50 split, which requires adjustments."

Now, General Motors has made an official statement that's kinda related to the matter:

"Regarding downtime at Orion Assembly – July down weeks at the plant consist of planned summer shutdown weeks and additional down week, which is related to softening sales of the Sonic. Production plans (of which we don't actually know what volumes were planned for MY 2018) for the Bolt remain unchanged."

"There are only 7,000 Bolt EVs in dealer stock or in transit. Divide that by the number of Bolt/certified dealers and we have roughly 6 per store. That is hardly overstocked."

There are always multiple ways to look at the same situation it seems.