BYD Expects To Be Hit By China's EV Subsidy Cut In First Half, But Future Still Bright 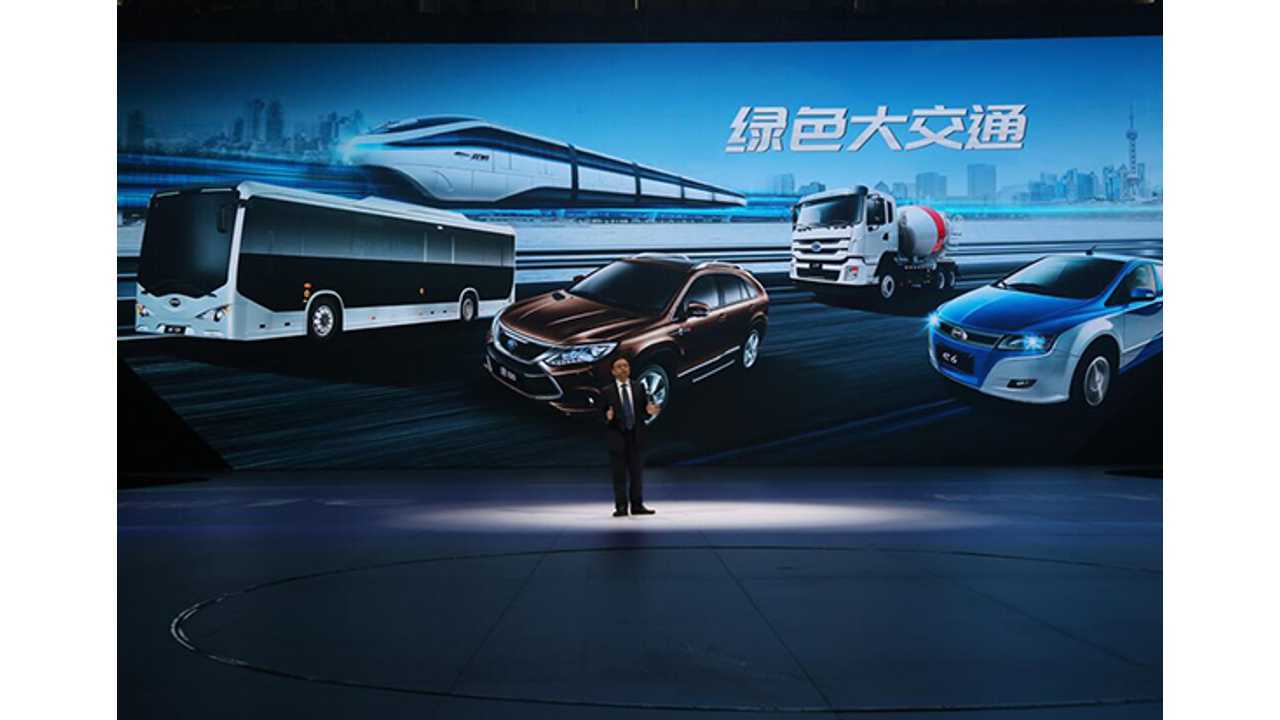 BYD's first quarter profits fell within the forecasted range of 24-35% - 28.8%,  after plug-in vehicles sales fluctuated fairly wildly in the first three months in China; both with a 20% reduction in  subsidies and the gradual build up of new list of approved plug-ins to receive that subsidy.

"BYD's weakening net profits are a marked shift from massive profit growth over the last two years, annual net income increased more than 10-fold from 2014 to 2016, as demand for green cars boomed thanks to aggressive government support."

Ultimately calming the situation going forward will be the normalization of subsidies, but even more so, several new plug-in offerings in BYD's pipeline should bring growth back later this year, as well as new all-time records.

Among new upcoming BYD EVs are the Song (both in BEV and PHEV versions), a smaller compact SUV - the Yuan (PHEV), and new version of its larger SUV - the Tang 100 (with up to 100 km/62 miles of all-electric range). Next year a plug-in hybrid Song 7 (7-seat MPV) is also planned.

Update. According to Bloomberg, BYD's net income in the first quarter amounted to $88 million.