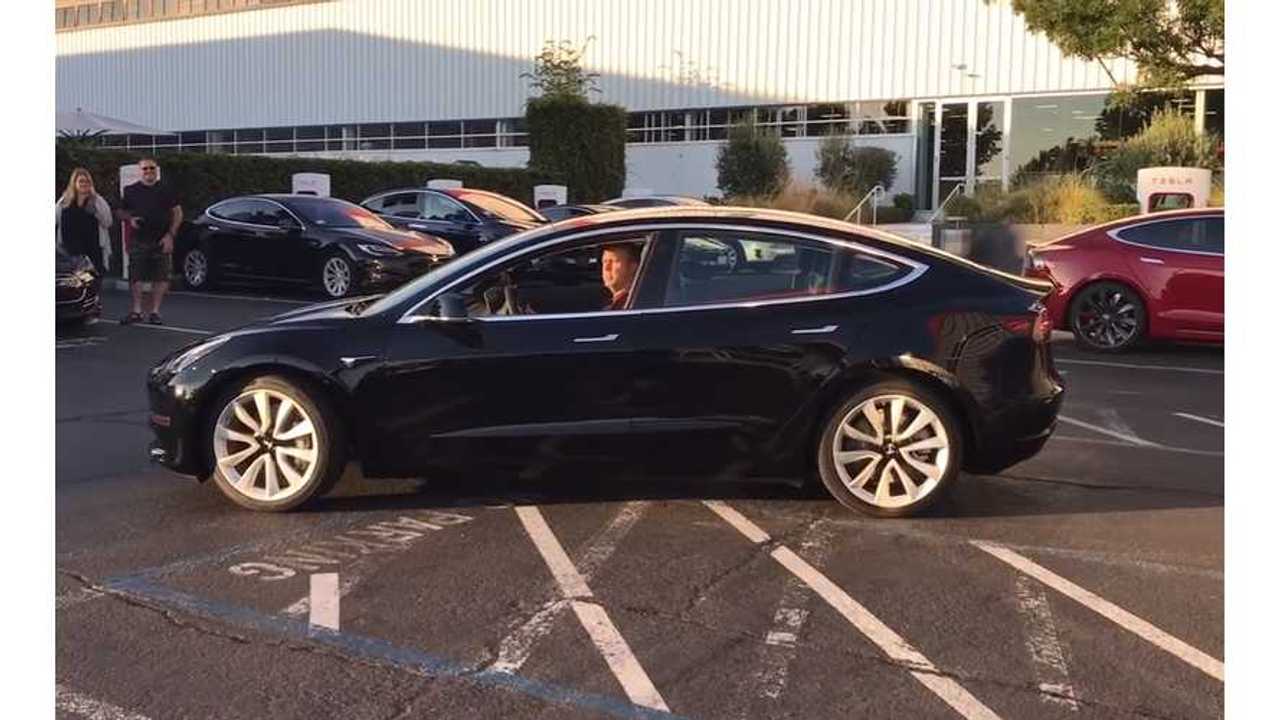 So what the heck will Tesla cover at the Model 3 handover party?

The best answer to this recurring question is, "Who knows?". But we all know that it's not nice to answer a question with another question. While some of the event's intentions are probably pretty obvious to most of us, we are still speculating and Tesla doesn't do anything traditionally, or as expected. Let' take a look at what we might learn at one of the most important automotive events in history.

We know so much, yet so little about the upcoming Tesla Model 3. There has never been a car that is already in production and set to be in the hands of many, but lacking a window sticker, official trims, features, options, range, and even price!

To be fair, Tesla has given us a general idea of the most important points. The Model 3 will seat five passengers, have a large digital display, have hardware capable of Autopilot, support Supercharging, have at least 215 miles of range, start at $35,000 (at some point), achieve a zero-60 mph in less than six seconds, and be offered in less than 100 different configurations. The thought is that some of these numbers will likely be "better". Musk said (via The Motley Fool):

"I want to emphasize these are minimum numbers. We hope to exceed them."

It's that last part that's the kicker. It may sound like a whole lot of configuration, but it's not. The Tesla Model S has over 1,500 possibilities. One of the most important pieces of information that should come to light at this week's event is related to how the Model 3 can be configured, and most significant; How many different battery options will be available and what will that mean as far as range?

Musk has used the word "base" on several occasions, and he has Tweeted that the Model 3 will only accommodate a battery of up to 75 kWh when considering current 2170 cell density. So it's widely assumed that the base Model 3 will have a 60 kWh battery (or less) and the only other option will be the 75. This puts range for the base Model 3 at or above the 215 mile mark, and possibly as good or better than that of the Chevrolet Bolt. It also follows Tesla's recent trend of limiting the number of models/packs and having a standard model, along with a performance model.

Now that Tesla has moved to pay-per-use for Supercharging, this creates questions about what that will mean for the Model 3. Will it be the same setup as the S and X? Hopefully we'll find out Friday.

The Model 3 will be capable of second-generation Autopilot and full self-driving. It's assumed that this week we will be made aware of the costs associated with adding these features.

Finally, arguably the most anticipation-enticing variable surrounding the Tesla Model 3 is that fact that the car's interior hasn't been officially revealed. There is a ton of speculation, mostly due to a multitude of spy shots, but honestly, we know almost nothing on an official level. We could spout off here about everything that we have seen, heard, assume, think we know, etc. regarding the Model 3 interior, but what's the point? We can't imagine that Friday won't bring all the official answers.

A few other potential additions to Friday's ceremony ...

Is Tesla planning to announce the winner of Project Loveday?

Will Tesla provide a more concrete/official indication of what he Model 3 delivery schedule will look like?

Are we missing anything that you believe may be a part of the festivities? Let us know in the comment section below.