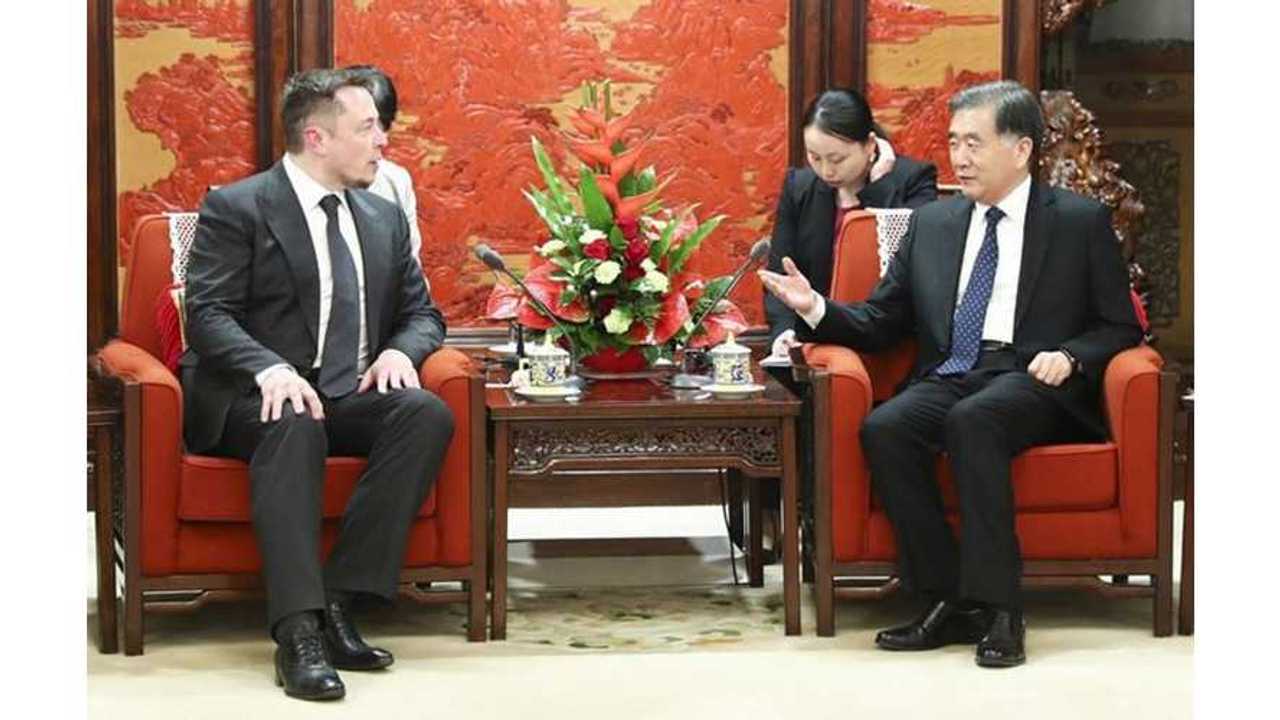 Typically, top Chinese officials meet with groups, not individuals. Musk happened to be in China, on an unplanned trip, and Wang spoke with him in private. Wang is a top official when it comes to China's economy, and China has the potential to become Tesla's biggest market. A positive, communicative relationship between these two men could be monumental for Tesla.

Last year, Tesla sales in China exceeded $1 billion, which triples the figure from the previous year. And, vehicle exports in general skyrocketed 376% in the first two months of 2017, compared to the first two months of 2016. Elon Musk believes that China may become Tesla's largest market, but right now, the $1 billion 2016 sales figure is lagging behind that of the $4.2 billion in U.S. sales.

China's citizens will notice such a landmark meeting. It is a testament to the importance of Tesla in the country. China's politicians look to Tesla as an example of what an electric car should be. The country has many of its own emerging electric automakers, but none have achieved like Tesla, in terms of range and charging time.

Li thinks that there may be a joint venture in the works between Tesla and a Chinese automaker. This would make the private meeting situation a bit more sensible. Tesla has talked of such a deal before, since high tariffs make its cars more expensive in China.

We reported just last week that Mark Hutchinson, Nevada’s Lieutenant Governor, had returned from a successful visit to China. He shared that the Chinese have a love for Tesla, and their desire to tour the Gigafactory was rampant. President Trump also had a positive meeting with Chinese President Xi Jinping, and the Chinese spoke of being happy with the new U.S. president, and America in general.