Kia's Electrified Sales In Europe Jump In First Half, Plug-In Niro To Take Things Even Higher 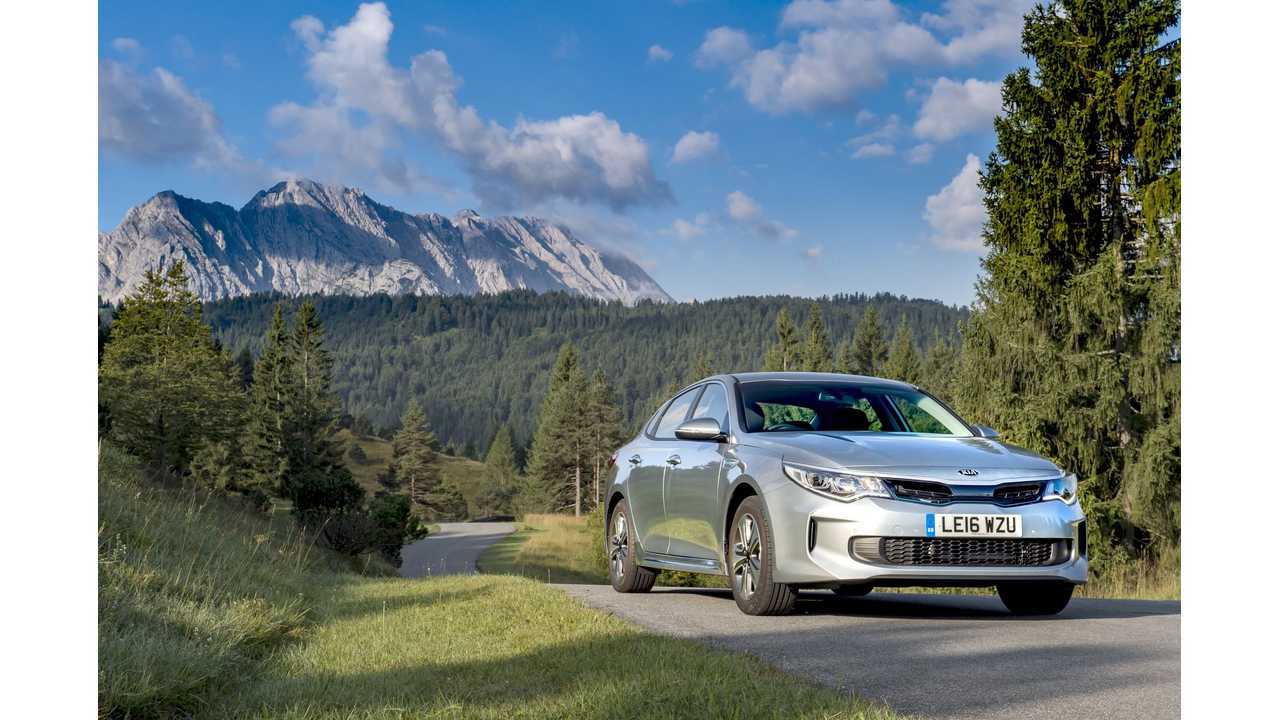 Kia is having a bit of a sales surge overall in Europe so far in 2017, including a more than seven-fold gain in electrified models - with more offerings arriving shortly.

The bulk of the change inside those gains can be found with the standard hybrid and plug-in models, which moved from just 2,398 registrations to 18,804, accounting for 7.5% of total Kia sales (previously 1%).

The big boast for the plug-in side of equation happens in the second half, as a couple new offerings (details on both here) will be adding to the totals:

"Hybrid and electric sales are due to grow further throughout the year, as the new Niro Plug-in Hybrid and Optima Sportswagon Plug-in Hybrid – with greater all-electric, zero-emissions range from their larger batteries – are due on sale over the summer. These latest models ensure Kia remains on target to achieve its global aim for 2020 – to improve fuel efficiency by 25 per cent compared with 2014 levels."

“Our growth has been boosted by new models launched in the last few months, and our growing range of vehicles with electrified powertrains. Alternatively-fuelled vehicles have accounted for 7.5 of our European sales so far this year, up from just one per cent in the first six months of 2016. This trend will continue as we expand our electric and hybrid model line-up, and as consumer demand continues to shift towards advanced powertrains."

“Four Kia models in particular stand out with high sales growth so far this year. The new Rio and Picanto were introduced earlier in 2017, and are both outselling their predecessors. The Niro hybrid crossover proves appeal of a car that uniquely combines an advanced hybrid powertrain with a smart compact crossover design. Sales of the renewed Optima range, with new GT, Sportswagon and Plug-in Hybrid variants, have also been positive, more than doubling sales of the previous model.”