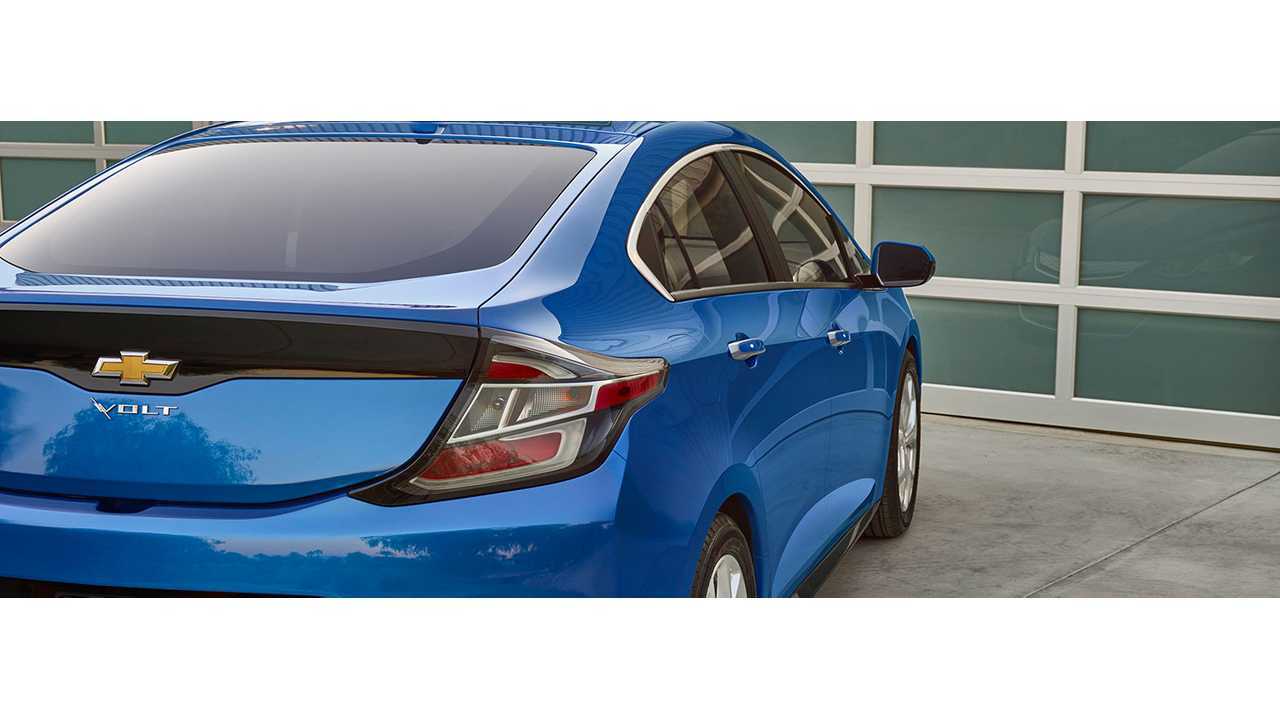 It is no secret that the passenger car segment is dying in the US.

Now according to a new report, GM is considering removing six passenger cars from the US market after 2020, and one of them is the Chevrolet Volt.

And while we would be sad to see one of the "original" plug-in offerings for this generation of electric vehicles leave the market place (first launched in December of 2010), it would not be anytime soon as the 2nd generation Volt only just arrived in the Fall of 2015.

The current Chevrolet Volt is said to stick around until at least 2022, and if it were to be discounted, the Volt would be replaced with a new extended range, plug-in crossover model (product planning at "big auto" typically kicks off around ~4 years ahead of the actual launch of a new offering).

Return of the MPV5/CrossVolt model that we thought might see a green light years ago?

Specific to the decision, are talks GM is currently having with the UAW about the falling production levels at the Volt's assembly plant in Hamtramck, Michigan, and also production of vehicles in Lordstown, Ohio - and working on potential solutions to fix those situation.

Namely, out with the cars, in with more utility vehicles.  GM's passenger vehicle production is reported as being off ~32% in the first half of 2017.

According to Reuters, the president of the United Auto Workers is now working with GM to try and find a solution to the scaling back of jobs, and the possible threat to the plants themselves that find a too car-heavy production mix.

"We are talking to (GM) right now about the products that they currently have" at underused car plants such as Hamtramck in Michigan and Lordstown in Ohio, and whether they might be replaced with newer, more popular vehicles such as crossovers, Dennis Williams told reporters.

"We are tracking it (and) we are addressing it," Williams added.

Sources familiar with the matter say the other cars are also the potential chopping block for the US are: the Buick LaCrosse, Cadillac XTS, Cadillac CT6, Chevrolet Impala and Chevrolet Sonic.  Of those six (including the Volt), all but the Chevrolet Sonic and Cadillac XTS are built at the Hamtramck, Michigan facility.

According to analyst John Murphy at BoA Merrill Lynch, GM has already begun shifting its focus from cars to trucks and utility vehicles.

Murphy estimates less than 10% of new offerings over the next 4 years introduced by GM will be passenger cars.

As an indication of that changing momentum, GM is set to add production of its the new Cadillac XT4 crossover to its Fairfax, Kansas plant that currently builds the Malibu next year.

In a perfect world, we would like to see the Chevrolet Volt be a long term legacy model/flagship for GM, and for the 53 mile, extended range car be complimented with a plug-in crossover in the future...not replaced.