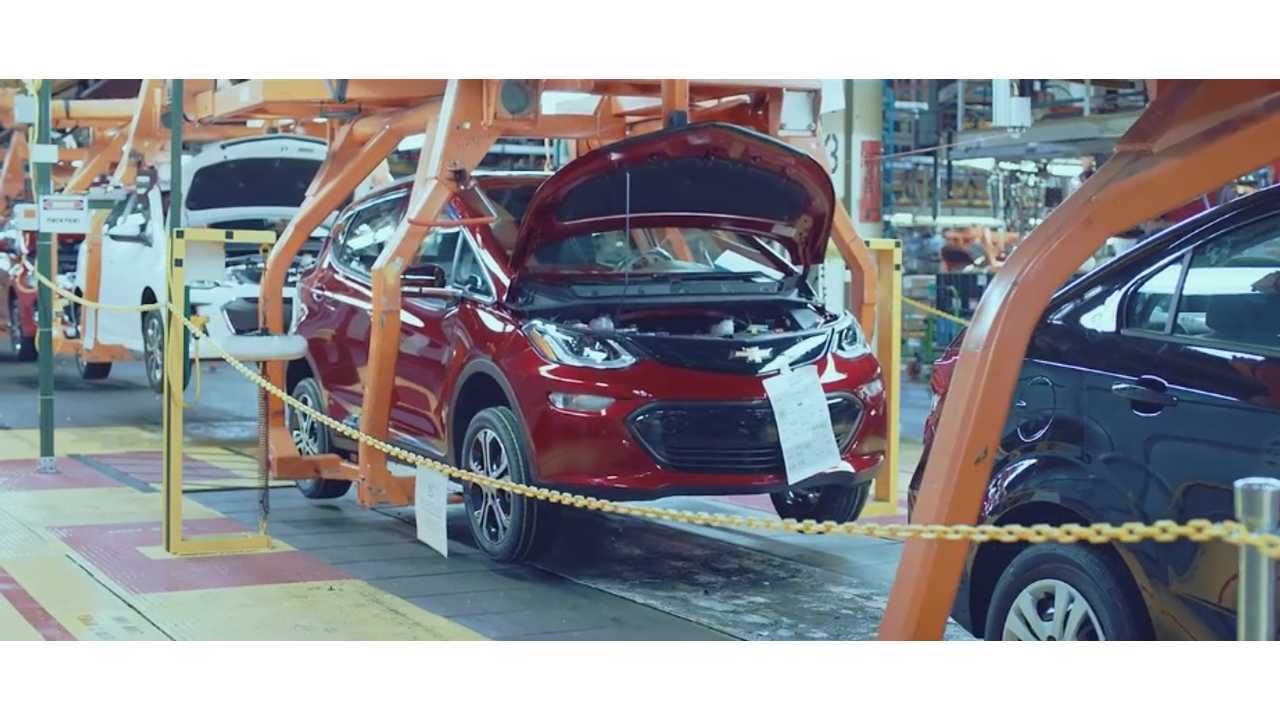 Chevrolet Bolt EV on the line in Orion, Michigan

A source at the Orion Township factory says that Chevy Bolt production will double after the extended summer shutdown.

Previous reports had suggested that Bolt inventory was building up and that the factory shutdown might in fact be due to low demand for the Bolt. Apparently, that's not the case at all.

An insider with direct knowledge of the retooling efforts at the factory says that the site will exit the shutdown with the ability to make more Bolts.

I work at the factory.

We added an extra week for shutdown because of slowing sales for the Sonic, I'm assuming because of gas prices.

Another reason for the extra week was to complete bank systems and re do the assembly line to INCREASE Bolt production.

The jobs are all set to produce Bolts on a 2 Sonics, 1 Bolt mix. They are changing the mix to a 50/50 split, which requires adjustments.

So, production of the Bolt in theory could double coming out of the shutdown, which should be sometime in mid August.

With Bolt inventory building up though, why would General Motors increase production? Simple answer is nationwide ordering opened in June with those first deliveries set to begin in August. It's likely there's quite the backlog of open orders to fill from those 32 states that were recently added to the Bolt availability list - to say nothing of the thousands of customers waiting in Europe for the Bolt EV's sister car, the Opel Ampera-E.

On the other hand, while the worker says Bolt production is increasing, Sonic production could be coming down at the same time as the Bolt's is increasing, as sales of the subcompact gas car have been very soft so far in 2017.  So perhaps its a 25% or 50% increase for the Bolt EV.  Whatever the number, more is always better for those waiting on EVs?  Right?