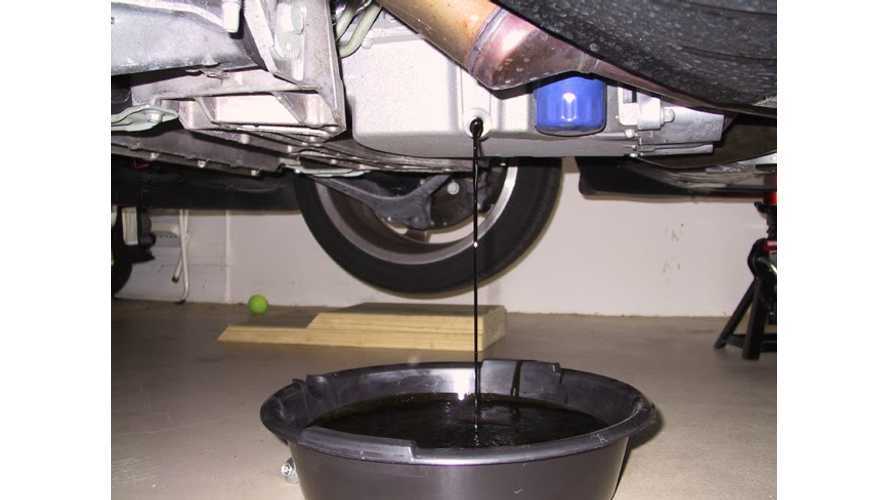 The Tesla Model S, the first long-range electric car to be competitive on price in the luxury market, is currently the top-selling luxury large sedan in the U.S.

One of the world's top oil producers says that EVs may make up about one-third of automotive market share by the close of the next decade.

Total SA's top energy analyst, Joel Couse, is more bullish than most when it comes to EV adoption forecasts (especially compared to those with ties to the oil industry). At the recent Bloomberg New Energy Finance conference in New York, he said that EVs will comprise 15 to 30 percent of the new vehicle market by 2030. Couse went even further to admit that fuel demand:

"Will flatten out ... Maybe even decline.”

Others in the oil industry have dialed back predictions as of late. Last month, Royal Dutch Shell Plc Chief Executive Officer Ben van Beurden said that oil demand will peak in the late 2020s. According to Couse, the peak will happen in the 2030s. Colin McKerracher, Bloomberg New Energy Finance's head of advanced transport analysis, said that Total SA's projections are the highest yet by a top oil company. He admitted:

“That’s big. That’s by far the most aggressive we’ve seen by any of the majors."

Battery prices are dropping around 20 percent each year, and more and more automakers are investing substantial capital towards electrification. Due to the simplicity of an EV, about half of its cost is related to the battery itself. As battery prices continue to fall, the expense of an EV will no longer be a deterrent. Add the continual development of charging infrastructure over the course of the next decade or so, and the limiting factors of EVs will virtually disappear.

Several automakers have electrified models coming to market in the near future. By 2020, a majority of global carmakers, including Volkswagen, Audi, Jaguar, Mercedes-Benz, BMW, and General Motors, among others, will continue adding new models.

“By 2020 there will be over 120 different models of EV across the spectrum. These are great cars. They will make the internal combustion equivalent look old fashioned.”