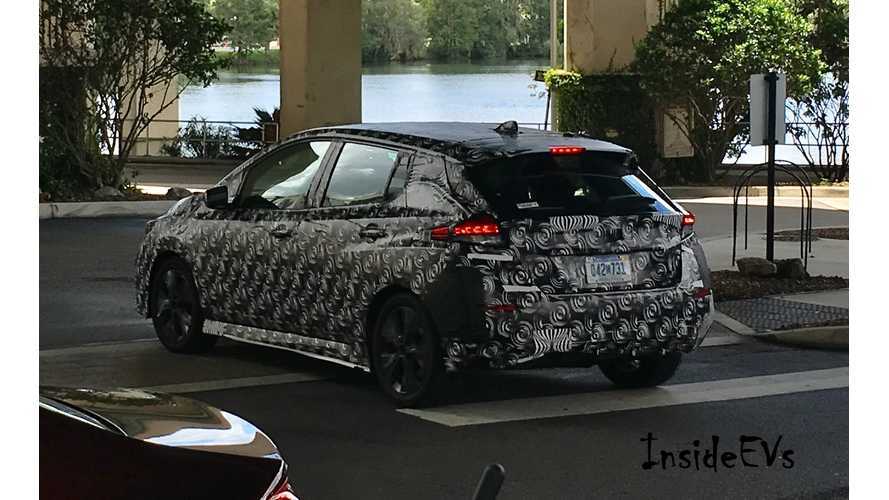 Bloomberg ask,s in dramatically-entitled article, "Why Electric Cars Are Everywhere Except Here, Now".

Our guess? Because we simply we are in the early days of an exciting step-change, and it takes a few years to displace tens of millions of petrol sales each year?

Today, EVs make up only fraction of total car sales worldwide (about ~777,000 out of 92 million registrations in 2016), but more and more markets are exceeding 1% market share, and we are now entering the 2nd generation of the modern-day plug-in vehicle - more mainstream offerings, which are more affordable, with longer ranges (the Tesla Model 3, Chevrolet Bolt EV/Opel Ampera-e, Renault ZOE Z.E. 40 and upcoming Nissan LEAF in September to name just a few).

Bloomberg says that progress in battery technology has been partially offset by lower gas prices, but there is also need to shift electrification to utility vehicles and trucks, which are so popular now. But the growth curve we are on now, the 1 million mark for annual plug-in sales will be passed this year (2017), and we should see a multi-million level hit by later in 2018.

Bloomberg expects that the Chinese market will reach the tipping point first (we assume Norway - at a massive 42% adoption rate this Summer was disqualified due to size?  Who knows).

Other findings are that manufacturers are now focusing on electrification (Volvo intends to produce at least plug-in hybrids across its lineup), and that gasoline will still remain in use for transportation (but that usage will continue to decrease over time).

The last couple of points raises the issue of battery costs, electric car prices and charging infrastructure (private charging spots as well as fast charging stations along the way):

8. How much do electric cars cost?

Because of the batteries they require, electric cars will be more expensive to build than their gasoline counterparts for about a decade, BNEF says. For now, manufacturers must essentially give them away to meet the California emissions requirement.

Long recharging times mean the most convenient way to replenish a battery is to plug in overnight. This is an option mostly for people who can afford to purchase their own recharging equipment and install it in a private, lockable garage. In the U.S., low gasoline prices make it difficult for electric cars to compete. California regulators reported in January that more than three-quarters of survey respondents had yet to seriously consider a plug-in electric car.

10. What needs to change to get to an electric-car future?

Battery costs are the single most important factor, according to BNEF. Lithium-ion batteries, plus the necessary packaging equipment, will drop to $73 per kilowatt hour by 2030, from $273 currently, BNEF says. A shortage of both in-home and public recharging stations remains a massive, unsolved challenge, the research group says. Public awareness and enthusiasm for EVs needs to grow, and this in turn will encourage governments to maintain public subsidies as EV technology matures.