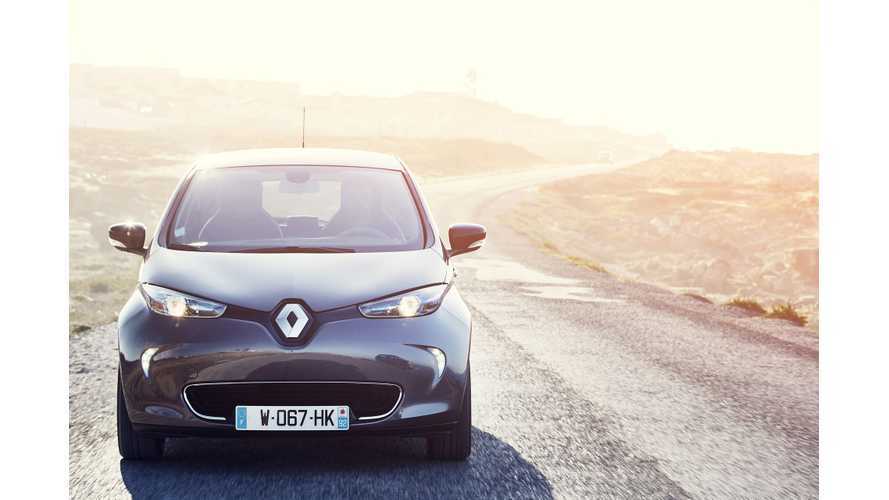 Renault opens 2017 with an electric car sales surge, as the new ZOE is selling like proverbial hotcakes.

Most of the sales comes via France - 56% (5,191) where ZOE holds an astounding 70% of all electric passenger car registrations, and notes growth of 60% year-over-year.

"Against the backdrop of a particularly vibrant and rapidly growing (up 22.9%) electric passenger vehicle market, the ZOE with its increased range of 400km NEDC has seen its sales figures climb close to 60%, and it alone accounts for 70% of the market with 5,191 units registered."