Architect Renders A Faraday Future Headquarters Of Our Dreams 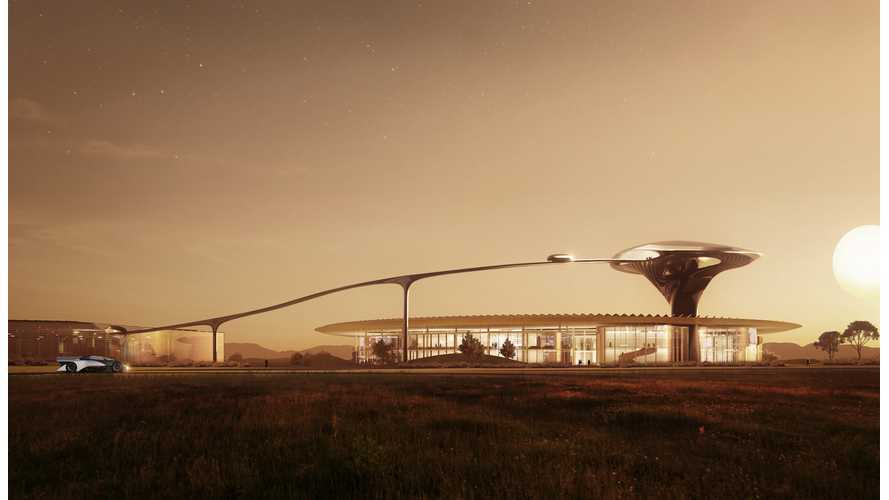 Perhaps Faraday Future should reconsider its "second site" plans even though the future EV maker has pulled the plug on its first site plans.

Faraday Future merey moved some dirt at its original North Las Vegas Nevada site, and then downsized plans, and then cancelled. Somewhere in the midst of that mess, the company made plans for a second site, on the grounds of a former naval base on Mare Island in Northern California, which it also eventually cancelled.

Needless to say, most press related to Faraday Future has been pretty bleak, aside from its somewhat successful unveiling of the FF91. The company is tied up with LeEco, which is also seeing its fair share of issues.

However, we have come across some fascinating renders by MAD architects of a "future" Faraday Future dream headquarters. The design group chose the Mare Island location as the site for envisioning Faraday's zero-emission campus. It would serve as the electric automaker's primary location for encompassing research and development, manufacturing, public outreach, and ecological restoration of the river and surrounding property.

The concept centers around Faraday's futuristic tech and utilizes metallic structures that look extraterrestrial. MAD architects website explains that the concept's intention is:

“de-familiarizing employees and prospective clients with the status quo of the contemporary automotive market.”

The campus would be open to the public and serve to educate people about the vehicle manufacturing process.

“The design allows clients to watch as their car is transported from the warehouse along the elevated light rail into the exhibition hall, to right in front of them."

Check out additional images below: