Fisker EMotion UltraPack To Use 21700 Cells From LG Chem 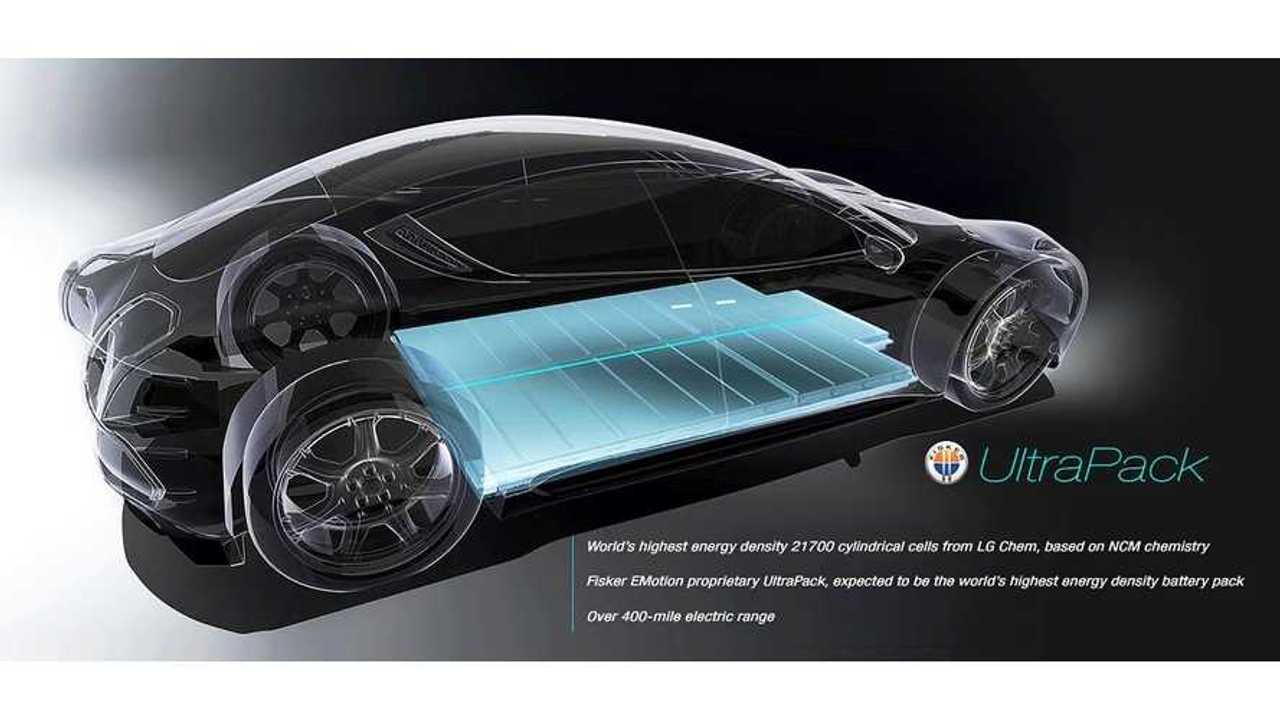 Henrik Fisker released an image of a semi-transparent EMotion electric sports car with an UltraPack battery, which is set to provide over 400-miles (644 km) of electric range.

The 21700 cylindrical cells (same format as in the Tesla Model 3) are to be supplied by LG Chem, using NCM chemistry.

Fisker expects that both the cells and the pack will be world's highest in energy density.

The big feature of the $129,900 EMotion, unveiled a few weeks ago,  is that the battery could be recharged in 9 minutes for additional 125 miles (200 km). We're not yet sure how this will be achieved, but we'll keep a close eye on Fisker's Twitter page for more details.