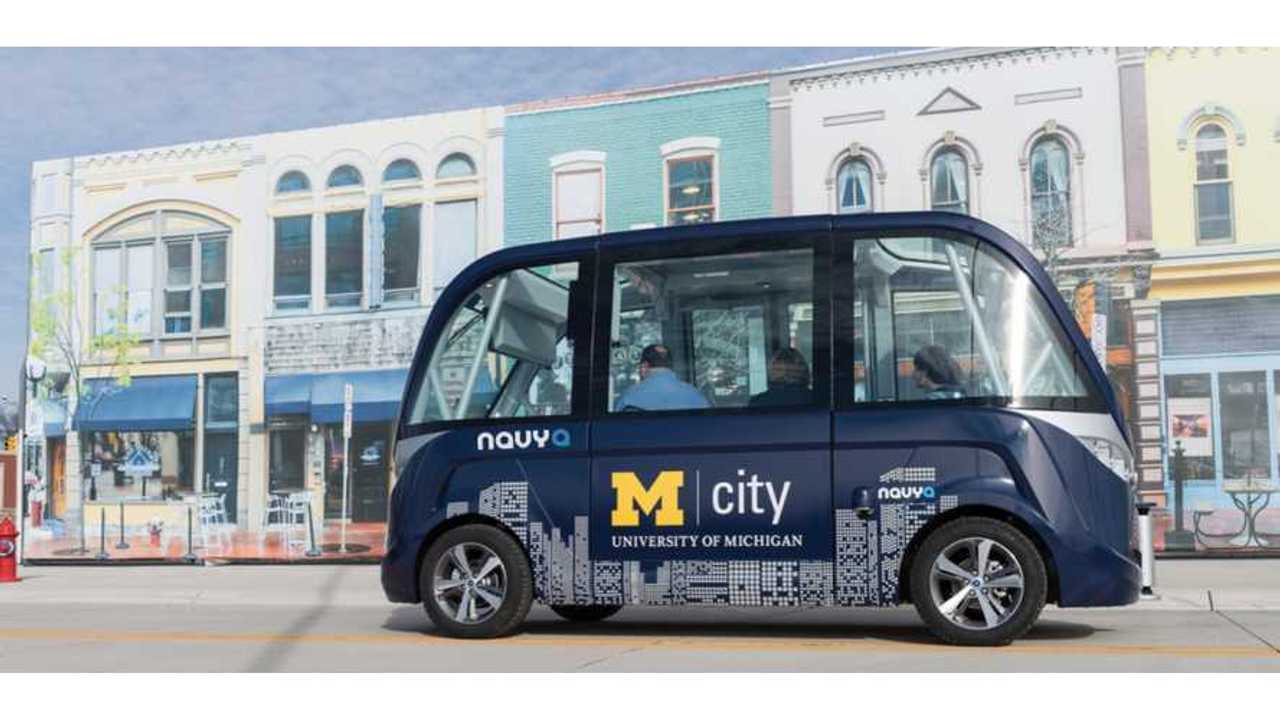 By the end of this year, NAVYA is to build approximately 25 ARMA electric, autonomous vehicles in the U.S.

The company has already delivered 45 ARMA EVs around the world, and is now hoping to leverage its business further.

A new capital investment in Saline, Michigan is expected at more than $1 million (which truthfully doesn't sound like enough to do much of anything) and will apparently show fruit in 50 new jobs.

"In a joint announcement, NAVYA with project collaborators Michigan Economic Development Corporation (MEDC) and Ann Arbor SPARK announce that its Michigan plant will be located in the city of Saline, Michigan with a 20,000+ sq. ft. facility. NAVYA plans to build approximately 25 of its ARMA fully autonomous shuttle vehicles at the plant before the close of 2017. NAVYA’s breakthrough ARMA shuttle has become a global leader in first and last mile transportation solutions with a fleet of 45 vehicles deployed worldwide and more than 170,000 passengers transported to date. With the addition of its new plant in Saline the company will be able to boost production significantly to serve the growing North American market."

"The project is expected to generate a total capital investment of more than $1 million and create 50 jobs, resulting in a $435,000 Michigan Business Development performance-based grant. The funds are approved by the Michigan Strategic Fund and administered by the Michigan Economic Development Corporation."

“We at NAVYA could not be more pleased to call Saline, Michigan home to our first assembly plant in North America. As the greater Ann Arbor area continues to establish itself as a hub for autonomous vehicle development, we feel it’s the perfect location for us. Strong government and community support for mobility initiatives combined with an excellent talent pool provide the ideal environment for our expansion in North America,”.

"The City of Saline is ecstatic to welcome NAVYA Inc. to our community, and I have no doubt that they will become an important and valued member of our already stellar business community. NAVYA is an innovative company, working on the latest autonomous vehicle technology; I believe that their future is bright, and the City of Saline looks forward to assisting and supporting them in every reasonable way."