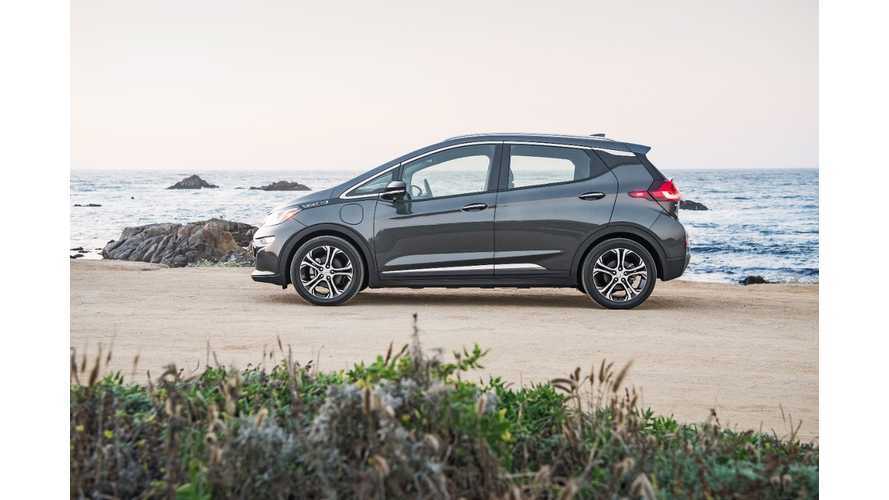 Tesla is gearing up to produce some 400,000 Model 3's in the coming years, and an annual 500,000 run rate per year by next year. The electric automaker is expected to hit 200,000 EV sales and begin to lose its federal tax credits sometime early next year.

Major automotive website, Edmunds, is certain that once EV subsidies go away, mass-market electric car sales will die off.

The federal government has been offering a tax credit of up to $7,500 to purchasers of electric vehicles for some time now. This incentive is not likely to last much longer. We could see it disappear quickly depending on decisions by President Donald Trump and the new administration, or it could linger until automakers hit the magic number of 200,000 EVs sold, at which point it will gradually scale down, and eventually disappear.

Edmunds, a major site for automotive reviews, sales, and news, believes that once the credit is gone, electric car sales will fade away (apparently CARB ZEV legislative mandates of accumulating e-credits equaling 2% sales in 2018, up to 15.4% in 2025 don't factor in). The website published a paper last month that said that while a luxury market buyer may not be substantially affected by the loss of the credit, the mass-market consumer relies heavily on the incentive.

General Motors - due to the success of the Chevrolet Volt, and the all-new Chevrolet Bolt moving toward nationwide sales - should also hit the 200,000 mark sometime next year.

Edmunds backs up its opinion by pointing attention to a past situation in which Georgia ceased its $5,000 credit (when used in conjunction with the $7,500 fed credit made some EVs on leases almost free).

When in play, the 5k rebate made the EV market in Georgia a extraordinary force to be reckoned with. The state actually accounted for 17 percent of the U.S. market share during a time when the incentive was offered. After the monies disappeared, that number plummeted to just 2 percent.

Will consumers cancel their Tesla Model 3 reservations, or cease to make new reservations when the base price of the car jumps from $27,500 (after federal rebate), to $35,000?

Some competing ICE and traditional hybrid models can be had for around $20,000. But, are they truly competing vehicles? Tesla aims to compete with the likes of German luxury automakers. You can't get a new BMW 3 Series for $20,000, or and Audi A3 or A4, or a Mercedes C-Class. Based on Edmunds' information, those looking for upmarket vehicles will not be affected as much.

What about the EV market in general?

The government incentive helped to give the electric vehicle segment some initial momentum. Though EVs only make up about 1 percent of the global automotive market share, progress is moving forward much quicker now. Major automakers have invested billions, and many are bringing multiple EVs to market in the coming years. These automakers are doing this regardless of the future status of the federal rebate.

Battery prices are dropping, and once most major automakers are in the game, playing competitively, volume alone will drop prices. The "Big" companies can afford to discount models to move product. Though the federal rebate may become a thing of the past, the automakers can offer their own rebates to offset that loss - it's what they do best.

Though there may be a temporary, measurable dip in the EV market when the federal rebate first disappears, automakers won't just throw away all of the research, and stop being competitive. Barring any drastic change by the current administration (which could change back just as drastically when another administration is potentially voted in ~3.5 years from now), most automakers won't hit the 200,000 number for quite awhile. Even after the companies hit the mark, it's a lengthy process before the incentive drops to zero. By this time, EV pricing, paired with aggressive automaker discounts and promotions, may be able to be on par with current pricing after rebate.

To expect a landslide - comparable to what happened in Georgia - to happen globally in the next couple of years, may be a bit drastic. Incentives have been important thus far, but it's pretty safe to say that they won't make or break the EV market as a whole.