Elon Musk: Half Of All New Cars Will Be Electric In 10 Years

Tesla and SpaceX CEO Elon Musk recently spoke at the 2017 National Governors Association meeting in Rhode Island, and he painted a picture of the future of transportation.

Elon Musk shared his insights and wisdom with thiry U.S. governors. As usual, he spewed all sorts of fascinating information. His entrance starts at about the 45-minute mark in the video, and we definitely suggest that you take the time to watch/listen to the entire interview.

Musk believes that in 10 years, more than half of all cars built will be electric and autonomous. Within 20 almost all vehicles will be fully autonomous. Nevada Governor, Brian Sandoval, asked Musk what things will look like in five to 10 years. Musk was quick to say that growth is exponential, so the difference between five years and 10 years is significant. Musk responded (via Teslarati): 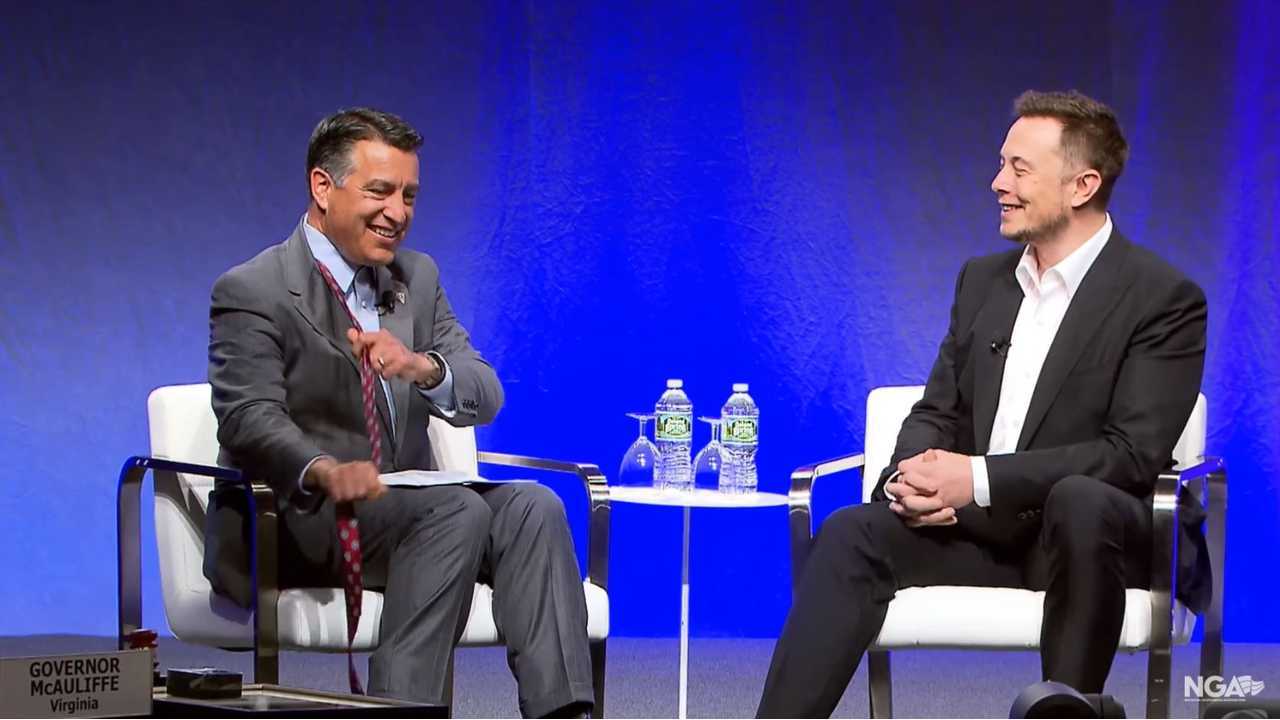 “Probably in 10 years, more than a half of new vehicle production is electric in the United States, half of all production will be EV, I think almost all cars produced will be autonomous.”

When Elon Musk was referring to self-driving cars in 10 years, he wasn't referring to half of vehicles being fully autonomous (without a steering wheel). But by 20 years that will be the case, according to Musk.

“There will not be a steering wheel, in 20 years, it will be like having a horse.”

The horse part of the comment was in reference to what it will be like if you still have a car that's not autonomous.

Keep in mind that this doesn't mean half of all cars on the road. This is only half of all new vehicles that come to market. It will be much further off before we see most drivers in self-driving cars.

Tesla still has plans to cross the country in a fully autonomous car by the end of the year. Last October, Tesla announced that all of its new cars are being built with hardware capable of full autonomy. Shortly thereafter, the automaker debuted a video showing a fully self-driving Model X.

Tesla is currently working on a multitude of incremental over-the-air updates to get the software side of the equation up to par for public use. Once this is situated, it will only be regulating bodies that determine when and if fully self-driving vehicles can hit public roadways.

Closing Plenary Introducing the News Chairs Initiative "Ahead of the Curve"