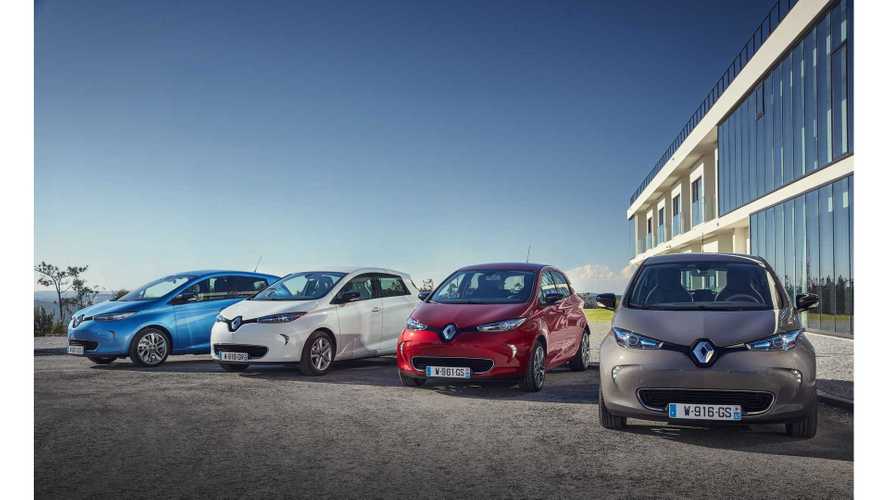 France: "ZOE remains the clear leader in the electric vehicle market, accounting for almost 70% of electric passenger car sales in France with over 9,200 registrations – a year-on-year increase of over 42%."

The Kangoo Z.E. doesn't account for many sales, but the new longer-range version maybe will enable higher sales.