U.S. Will Get 2 Or 3 More Tesla Gigafactories, Says Musk 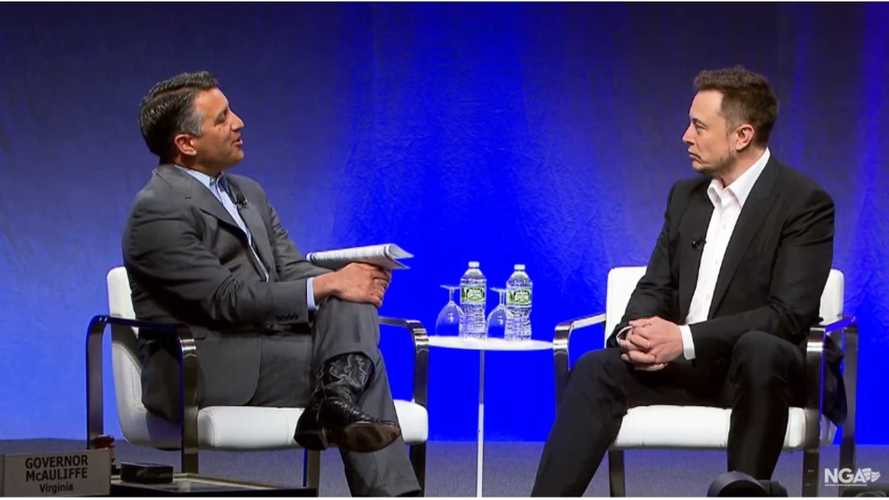 Tesla and SpaceX CEO Elon Musk was the keynote speaker at the National Governors Association 2017 Summer Meeting, which took place in front of 30+ governors.

Musk described the weight of various incentives that are most attractive to establish plants like the Tesla Gigafactory in Nevada.

At the same time Musk expressed the believe that "at least two or three" more Gigafactories are needed in the US.

As to where those Gigafactories will be built, Tesla plans to announce locations by the end of 2017.

We should clarify that Tesla counts its current Gigafactories as not only the battery plant in Nevada, but also its solar cell/modules production plant in New York. Neither are yet fully complete.

So, we can't guarantee that the next 2-3 US Gigafactories are to be for electric vehicles, or even battery plants; but those that do end up involved in EV production, will be probably even larger than plant in Nevada, because Tesla plans to combine car assembly and battery production.

Separately, Tesla could (at some point in the future) build EV Gigafactories in Europe and China (Tesla is working with the Shanghai Municipal Government to explore that possibility today in China). Elon noted a "couple overseas".

The reason behind the next new EV Gigafactory in US is that Tesla's Fremont is in all liklihood unable to handle any more production beyond the anticipated full scale domestic demand for the Model S, Model X and Model 3. With several new vehicles expected in the coming years (Model Y, next generation Roadster, pickup truck, semi truck, etc), Tesla doesn't have much choice in the matter if it looks to continue to expand.

Other topic of interest in the video: Elon Musk considers that non-autonomous cars in 20-30 years will be akin to horses today.